SoHum’s Most Wanted! Garberville Sheriff’s Office Substation Knows What It Wants For Christmas… » 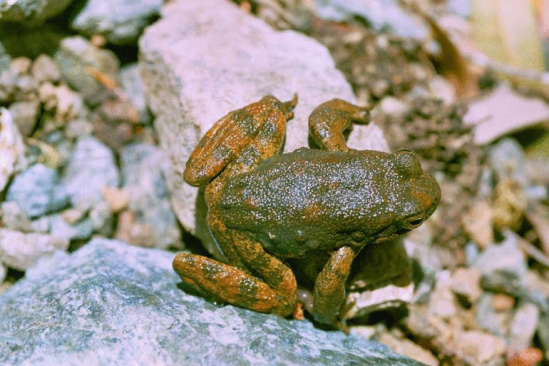 Press release from the Center for Biological Diversity:

The Center for Biological Diversity today filed a notice of intent to sue the U.S. Fish and Wildlife Service over its lengthy delay in deciding whether to extend Endangered Species Act protection to the foothill yellow-legged frog, which has disappeared from more than half its historical streams in California and Oregon. These stream-dwelling amphibians face a host of threats, including dams and water diversions, logging, mining, livestock grazing, roads, marijuana cultivation, off-road vehicles, climate change, pollution, invasive species and disease.

“Protecting the foothill yellow-legged frog means protecting the rivers and streams we already love and rely on for recreation, wilderness qualities, open space and drinking water,” said the Center’s Jeff Miller. “With nearly a third of the world’s amphibians in danger of extinction, we should be paying attention when one of our native frogs is in rapid decline.”

The 1.5- to 3-inch-long frogs, with distinctive lemon-yellow color under their legs, live in low-elevation streams in Pacific Coast drainages, from the Willamette River basin in Oregon south to the San Gabriel River in Los Angeles County, Calif., as well as the lower western slopes of the Sierra Nevada mountains. They have disappeared from many portions of their historical range, especially in Southern California and in Oregon. Foothill yellow-legged frog populations have declined severely in the southern Sierra Nevada, central California coast, Bay Area, Southern California coast and central Oregon. Each of these areas may contain distinct populations or subspecies of yellow-legged frogs.

The Center petitioned in July 2012 for protection of foothill yellow-legged frogs under the Endangered Species Act. In June 2015 the Fish and Wildlife Service made a positive finding on the petition and initiated a status review for the species. In August 2015 the Center submitted extensive information on declines of frog populations, demonstrating that the species should be protected. The Service is two and a half years late in making its decision on whether the frog should have the Act’s protection.

California’s northern coast ranges are the species’ stronghold; although there have been some declines, healthy populations remain in the Smith, Klamath, Trinity, Eel and Russian river drainages, as well as Redwood Creek in Humboldt County and coastal tributaries in Mendocino County.

Foothill yellow-legged frogs have declined severely in the central Sierra Nevada foothills, but large populations still can be found in the Rubicon, American, Yuba and Feather river drainages, as well as Spanish Creek and Canyon Creek. They are nearly extirpated from the southern Sierra Nevada and are gone from Yosemite, Sequoia and Kings Canyon National Parks. The species has been eliminated entirely from streams in Southern California and Baja California.