Local Housing Market is Among the Least Affordable in the Country, Study Confirms 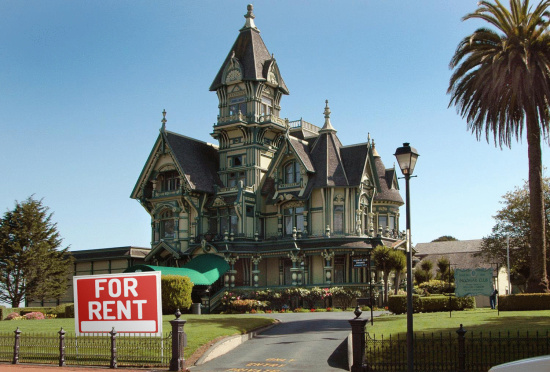 This just in: The housing market in Humboldt County is tough.

That won’t come as news to anyone who’s recently tried to find a place in student-rich Arcata, Green Rushed Garberville or even the county seat, Eureka. But now there’s a study to back up the gripes. According to real estate information company RealtyTrac, our local rental market is among the least affordable in the country, when measured as a percentage of the median household income. And the home-buying market is not much better.

Humboldt County lands at No. 33 on a list of 504 counties ranked by affordability — least to most, that is — which puts us in the bottom 7 percent nationwide. The RealtyTrac study [click here for the results in Excel spreadsheet form] calculates that in the coming year it will take 51.1 percent of the median household income locally to cover rent on a median-priced three-bedroom house. The national average is 37 percent, the company reports.

If you buy a house, you’re in roughly the same position. The monthly mortgage payment on a median-priced home last year would eat up 50.2 percent of the median household income, according to data compiled from the U.S. Department of Housing and Urban Development (HUD). So whether you’re renting or buying, in Humboldt County you’re likely to spend more than half your income on housing. See the interactive map below:

Humboldt State University Economics Professor Erick Eschker has long tracked Humboldt County’s rental market. In fact, comparing rents to home values allowed Eschker to predict the bursting of the local housing bubble back in 2007, a prophesy that caused much indignation and incredulity among local real estate professionals as well as the editorial board of the defunct Eureka Reporter.

The latest issue of the Humboldt Economic Index, of which Eschker remains the director, reports that the average monthly rent on two-, three- and four-bedroom houses advertised in the Times-Standard last month was $1,605.

Of course, it should be noted that Humboldt County likely has a, ahem, high degree of unreported income from our gray- and black-market exploits, but for those who aren’t closely tied to the weed industry that fact only exacerbates the challenge of finding reasonably priced housing.

In compiling its data, RealtyTrac relied on information from HUD, the Bureau of Labor Statistics and the U.S. Census Bureau. The company’s big takeaway, expressed in the headline of the post, is that it’s more affordable to buy a home than it is to rent one in 58 percent of U.S. markets. Meanwhile, both rents and home prices are on the rise. A quote from the post:

“Renters in 2016 will be caught between a bit of a rock and a hard place, with rents becoming less affordable as they rise faster than wages, but home prices rising even faster than rents,” said Daren Blomquist, vice president at RealtyTrac. “In markets where home prices are still relatively affordable, 2016 may be a good time for some renters to take the plunge into homeownership before rising prices and possibly rising interest rates make it increasingly tougher to afford to buy a home.”

A few other interesting tidbits from the RealtyTrac study: