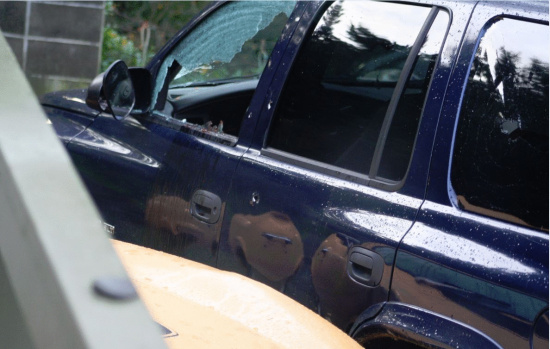 The suspect’s SUV, photographed soon after the incident, shows bullet holes, a broken driver’s side window and blood. [Photo by Rheannon Okey.]

The Humboldt County Sheriff’s Office has released more information on the December 15 officer involved shooting in McKinleyville where a deputy fired at a suspect. The incident began when suspects allegedly attempting to flee from an attempted traffic stop had driven into a long private driveway in an SUV. The officer blocked the roadway with his vehicle. The driver in the suspect vehicle, Andrea Frances Hunsucker, allegedly drove towards the officer in an attempt to escape. The officer responded by firing several shots.

A male suspect fled the scene and Hunsucker was sent to an out-of-the-area hospital with a gunshot wound. The male suspect was later arrested.

The deputy, as is normal in officer involved shootings, was placed on administrative leave. In January, the officer was determined to have acted appropriately by the Humboldt County Sheriff’s Office shooting review committee and returned to full duty. 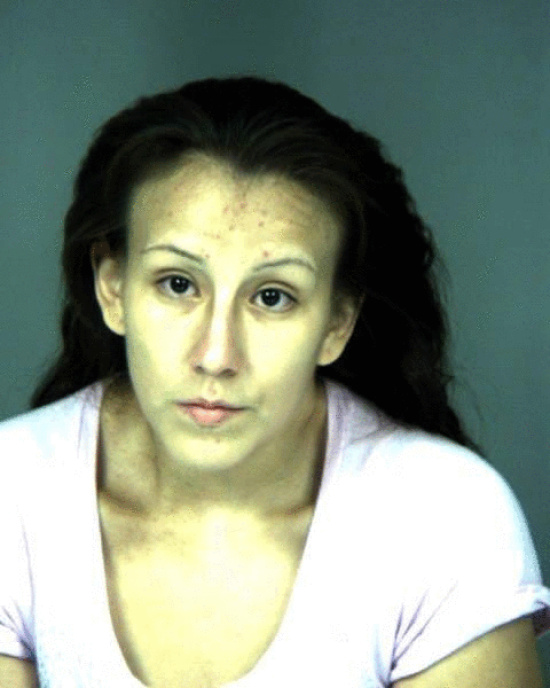 The female suspect, who was shot by Deputy Aponte has been identified as 25 year old, Andrea Frances Hunsucker. Hunsucker was struck one time on her left wrist by Deputy Aponte’s firearm. Hunsucker has since been discharged from the out of area hospital, where she was being treated for her injury to her wrist.

The Humboldt County Sheriff’s Office will be requesting a warrant for Hunsucker’s arrest for felony reckless and evading a peace officer in a vehicle. Hunsucker is currently on the City of Eureka’s most wanted list for 6 separate arrest warrants.