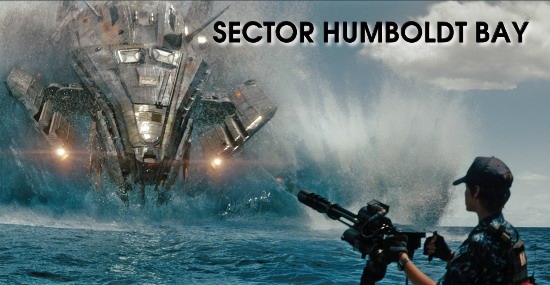 At 11:45am this morning the Coast Guard received a request for assistance from the Southern Trinity Health Services dispatch office in Dinsmore, CA to transport a patient from the Dinsmore Airport to the nearest hospital. An ambulance was transporting an 88 year old female patient with pneumonia and difficulty breathing when storm related road closures on Highway 36 prevented paramedics from proceeding to St. Joseph hospital in Eureka.

A Coast Guard MH-65D helicopter was dispatched from the Arcata Airport in McKinleyville, CA with a crew of five aboard including Flight Surgeon Dr. Jose Sanchez. The crew battled challenging storm conditions in which they encountered visibility of one quarter of a statute mile, gusty winds in excess of 40 knots, heavy rain, and dangerous mountain downdrafts to reach the patient at the Dinsmore airport.

“Thankfully we could see and follow the Mad River between the mountains to avoid going completely into the clouds, a potentially very dangerous situation,” said Lieutenant Commander Tombo Jones, the aircraft commander.

In order to depart the Dinsmore airport where the Van Duzen River had crested its bank, the crew was forced fly back into an adjacent valley to allow enough space to execute a steep climb to clear an opposing mountain range where they then encountered near icing conditions. Under the direction of Dr. Sanchez medical care was administered to the patient until she was successfully delivered to St. Joseph Hospital in Eureka, CA. 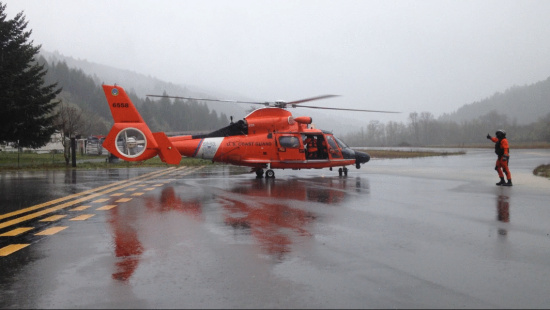