« LoCO ON THE POT: Mendocino Gets Its Own Seed-Swapping Club 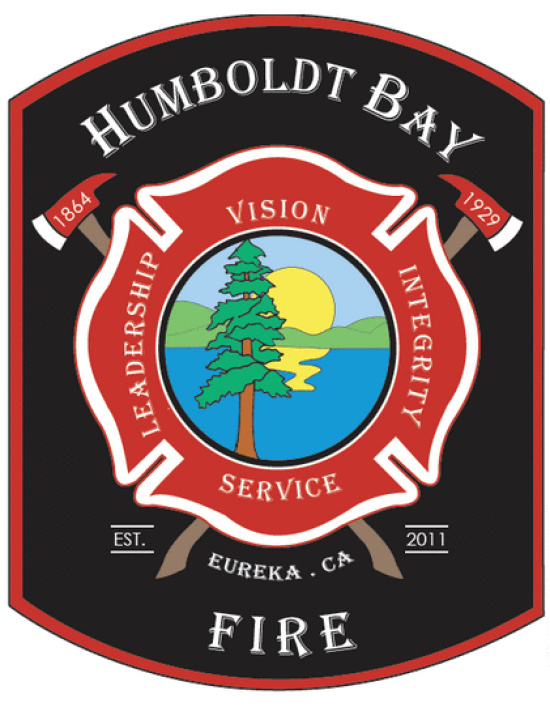 A sailboat with two people aboard capsized around 1:15 p.m in Humboldt Bay between the Wharfinger building and Indian Island. According to a spokesperson with the US Coast Guard, a citizen saw their plight and called 911.

Humboldt Bay Fire responded first. When the Battalion Chief Bill Reynolds got to the scene, he said he could see two individuals in the water with their boat being carried by the tide towards Indian Island. Humboldt Bay Fire is staffed with several rescue swimmers and it was determined that the best response would be sending a rescue swimmer out on a paddle board.

“Our guys got equipped and immediately we put [a swimmer] in the water,” Reynolds said. Other swimmers deployed strategically to help if needed.  By the time the rescue swimmer reached the individuals who had capsized, they had almost made it to Indian Island, said Reynolds.

The Coast Guard spokesperson said, “When we arrived, they were standing on shallow water near Indian Island. We transported them and towed the boat.” The individuals were not injured and did not need to go to the hospital.

“They were fine maybe just a little embarrassed,” Reynolds said. He added, “This highlights the teamwork between ourselves and the Coast Guard. We are pretty fortunate to have them close by because they are pretty awesome!”

At approximately 1315 hours today, Humboldt Bay Fire (HBF) was dispatched to a water rescue in the bay near the Wharfinger Building at 1 Marina Way. HBF responded with three engines (with three water rescue swimmers spread amongst them), 1 ladder truck (with one water rescue swimmer), and two Chief Officers. Assistance from the United States Coast Guard (USCG) was also immediately requested.

The first arriving Chief Officer arrived on scene at the Wharfinger Building and reported two subjects in the water clinging to a capsized boat in the bay west of the Wharfinger building. Water rescue personnel arrived on scene and one swimmer was put into the water immediately to swim to and assist the subjects in the water while another swimmer remained on shore as back up. Additionally, the remainder of the on duty swimmers positioned themselves in conjunction with the incoming tide to help out should the victims and rescue swimmer need further assistance.

The fire department rescue swimmer reached the victims and assisted them to shore on the southern most tip of Indian Island. The USCG arrived on scene with their 47 foot lifeboat shortly thereafter and picked up both victims and the HBF swimmer and transported them to the foot of F St. City Ambulance evaluated the victims and both refused medical treatment as they were uninjured.

This incident highlights the excellent teamwork between HBF and USCG in quickly responding to a very dangerous situation (given the weather conditions today) and mitigating what potentially could have been a tragic event.