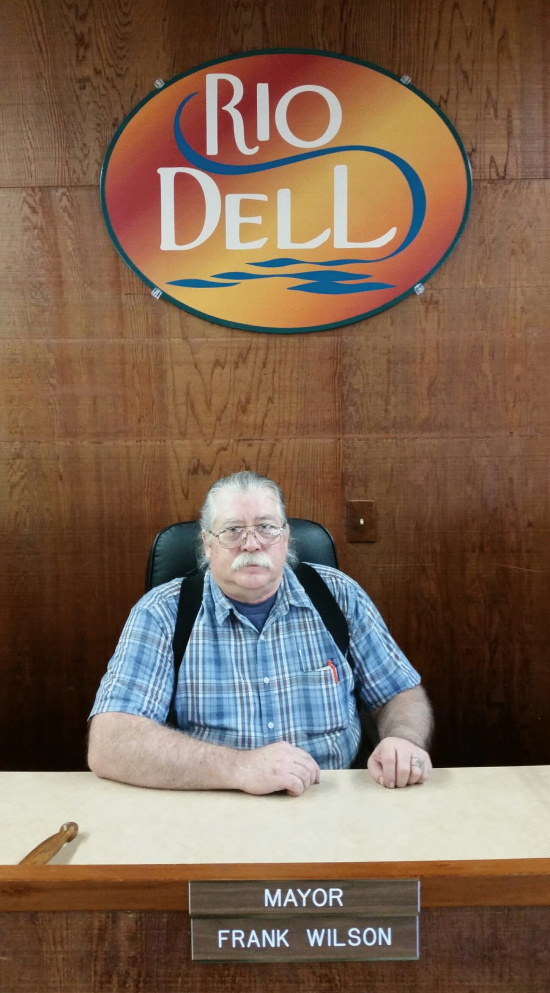 On the evening of January 6, 2015, Vice‐Mayor Frank Wilson was elected by the City Council to serve a 2‐year term as Mayor of Rio Dell. Wilson was elected in an open ballot process in the first round of voting and was handed the gavel shortly thereafter.

“It’s important to me and to this council that our decisions be made openly and transparently.” Wilson stated. “The city still has many challenges ahead of it, and we need the public’s involvement and trust to overcome them.” Wilson said the city’s main challenge was economic, and that issue would only be solved through job growth ‐ with commercial development inside the city’s core combined with value‐added industrial jobs created in the greater Rio Dell area. Wilson is an employee of Humboldt Redwood Company which runs the sawmill in Scotia.

“Rio Dell in many ways has been one of the most economically impacted areas in Humboldt County with all the changes in the timber industry and the recession.” Wilson stated, referring to the demise of several sawmills and other area employers over the last decade. “We’re starting to turn the corner on that and there’s still a lot of opportunity to invest in the community.”

Wilson replaces Jack Thompson, who served as mayor since 2013. “Jack served as Mayor during some difficult times for Rio Dell.” Wilson concluded by saying, “I want to thank him for that service.”