Vehicle Vs Bicycle in Eureka This Morning » 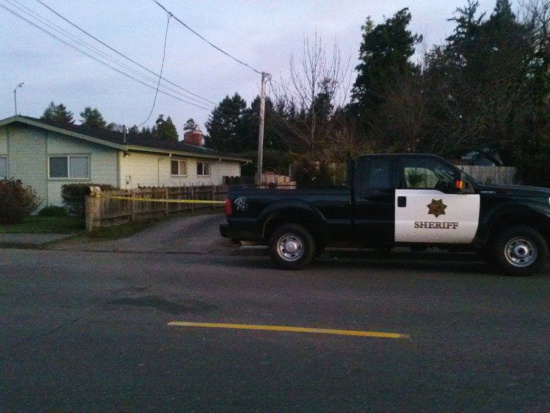 Law enforcement has blocked the driveway of the residence where the shooting took place.

On 1/8/15 at about 3:00 a.m. Humboldt County Sheriff’s Dispatch received several 9-1-1 calls regarding shots fired and screams heard in the area of the 2300 block of Holly Street in Cutten.

Responding units arrived at about 3:10 a.m. and discovered a male gunshot victim laying in the yard near the residence. Deputies requested emergency medical services and secured the scene prior to their arrival. Once EMS arrived they determined that the male victim was deceased. The identity of the victim has not yet been confirmed.

Deputies received information that involved male subject and female had been seen leaving the area of the shooting and where last seen walking in the direction of the Cutten Elementary School.

At about 4:20 a.m. a male subject was located near the scene and he has been detained at this time.

The female subject was also located at a nearby residence and is cooperating with Sheriff’ Detectives at this time. The identities of the male and female are being withheld at this time pending further investigation.

The Humboldt County Sheriff’s Office is actively investigating this case at this time.

A Security Alarm at the Cutten Elementary School was activated at about the same time the 9-1-1 calls for the shooting.

Sheriff Detectives have received information that the involved weapon may have been hidden on or near the Cutten School property. Sheriff Deputies are on scene at the school at this time conducting a search for the weapon.

Further information with provided when available. 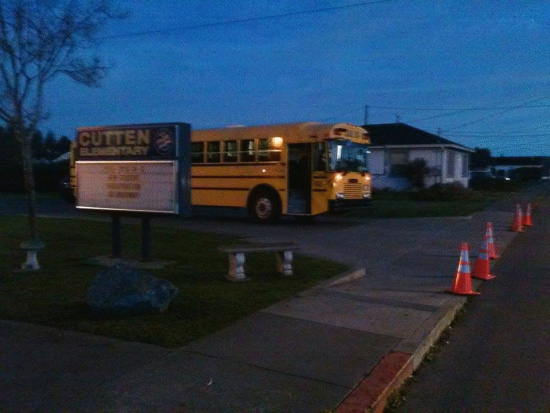