« Everything is Fine at ACV This Morning

Your Week in Ocean: ‘One of the Most Influential Surfers in the World’ – on KHUM 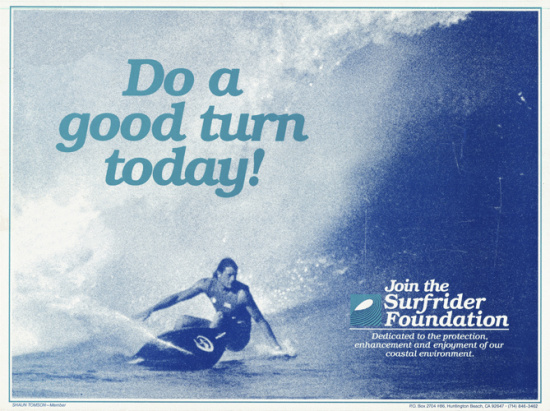 How a bottom turn at Pipeline became a call to action. Courtesy Surfrider Foundation.

Not only is Shaun Tomson one of the greatest surfers of all time, but he’s been part of Surfrider since the nonprofit’s early days, utilizing his status to bring recognition, respect and reward to the cause of championing the ocean. With KHUM’s world class DJ Mike Dronkers departing at the end of the week, we needed a world class guest to usher us through our final Coastal Currents together – and we got one. 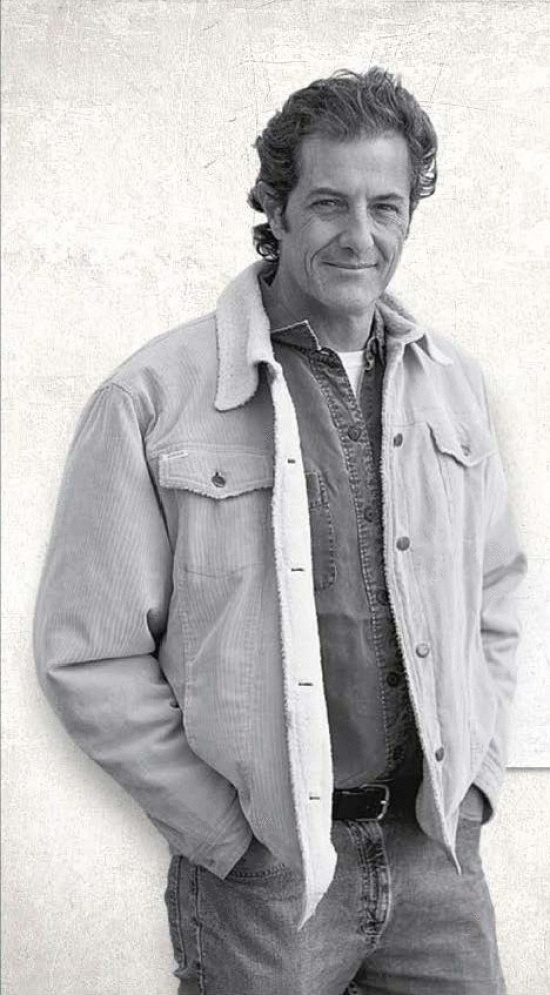 Tomorrow at noon on KHUM 104.7 FM/khum.com, Tomson will talk about his environmental commitment, the importance of grassroots activism, The Surfer’s Code and what it’s like to be acknowledged as “one of the architects of professional surfing” – Tomson has been listed as one of the 25 most influential surfers of the century and as one of the 10 greatest surfers of all time.

Surf flick enthusiasts will note that Tomson was an integral part of the 1975 “Free Ride” generation. Along with Australians Wayne Bartholomew, Mark Richards, Ian Cairns, Peter Townend and Mark Warren, they rode the infamous waves along Oahu’s legendary North Shore with game-changing style, aggression and raw courage – as captured in Tomson’s Bustin’ Down the Door. Tomson went on to win the IPS World Championship in 1977.

Given all that, Tomson would be a fantastic guest for Coastal Currents any time. Given that this is the last Coastal Currents co-hosted by Dronkers, the moment should be especially sweet. Dronkers started the show – also Humboldt County’s first podcast – eight years ago, in conjunction with then-Humboldt Baykeeper Executive Director Pete Nichols.

The origin story is recounted in a news clip produced by Eric Black and aired on KMUD radio summarizing Dronkers’ history and contributions to KHUM; short version is, Nichols was out on the Baykeeper boat calling in to KHUM with updates of a whale cruising around Humboldt Bay. From there, the weekly coast-themed show was born. Nichols eventually moved on to the Waterkeeper Alliance and his position was filled by the next two HBK EDs, Beth Werner and Jessica Hall, respectively.

Hot issues have included the Klamath whale, the gutting of the Clean Water Act, saving Widow White Creek, fecal coliform (always a good one!), radiation (or not) from Fukushima and Mike’s very favorite topic, the Marine Life Protection Act.

Your ears will be sad if you miss this! So make a note to yourself (or have Siri do it): “Tune into KHUM tomorrow at noon for the final Mike Dronkers-hosted Coastal Currents with champion surfer Shaun Tomson.”

(P.S. The show will continue on, but is moving to 2:30 p.m. with Larry Trask, still on Wednesdays. Thanks, sponsors!)