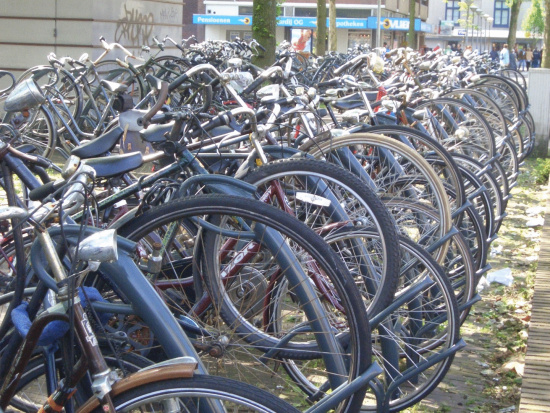 Got some flak a few weeks ago after questioning the wisdom of always wearing a helmet while cycling. (Of course, I knew I would. Helmets are the bike equivalent of car seat belts—only an idiot wouldn’t wear a seat belt, or a helmet.) This is by way of a follow-up.

My column in the Journal was more about the wisdom of bike helmet legislation than about actually wearing a helmet. The background is that State Senator Carol Liu (D- La Cañada Flintridge) introduced a bill (SB 192) last February extending the current law – which requires any cyclist under 18 to wear a helmet – to all riders.

She probably didn’t anticipate pushback from cycling organizations. The California Bicycle Coalition (calbike.org), for instance, issued a press release titled, “A Mandatory Helmet Law Will Make California’s Streets Less Safe,” calling for her proposal to be scrapped. The position of “Calbike” is essentially the “safety in numbers” argument: “…mandatory helmet laws make the streets less safe for people on bicycles — and for everyone — by discouraging bicycling … having more bicyclists and pedestrians on the streets makes them safer for everyone.” The bill was subsequently dropped.

I think a more insidious strike against mandatory legislation is that it puts the onus for safety on the individual cyclist, rather than on the community, potentially leading to less investment in bike-friendly infrastructure, e.g. bike lanes and traffic calming programs. (FWIW, a recent study for Portland concluded that every million dollars invested in bike infrastructure results in nearly three million dollars health care savings.)

I cited a raft of studies in my article, including perhaps the most relevant one (because it’s in North America, not Europe or Australia!), which found that when four urban areas (Washington DC, Minneapolis, New York and Montreal) introduced bike-share schemes (picking up a bike at one “station” and dropping it off somewhere else, for a minimum charge), total bike-related injuries dropped by 28 percent (including a 14 percent drop in head injuries) despite there being many more bikes on the road ridden by helmetless riders. 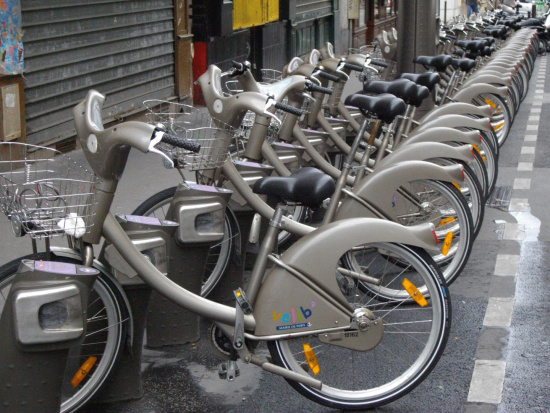 Which is the whole point: more bikes = more awareness. Louisa and I have certainly found that to be the case in places like Paris, Amsterdam and London, where bikes are everywhere (unlike helmets!) and where drivers – per my non-scientific observations – treat cyclists much more carefully and courteously than here in California.

The thing is, cycling isn’t inherently dangerous – no more than walking and driving. Per mile, you’re three or four times more likely to die walking as cycling, so logically if you believe in wearing a bike helmet, you really should wear one when walking! And hour for hour, you’re about twice as likely to die in a car – even wearing a seat belt! – as on a bike.

I’m agnostic on wearing a helmet, having grown up the UK, cycling busy streets to school every day, touring around the country – helmets were unknown back then. Here in Eureka, I usually don’t wear mine. Heading over to Arcata, or on anything more than a quick errand, or at night, I do. When Louisa and I are in Europe on our folding bikes, we usually wear them – and stand out like sore thumbs, since virtually the only time you see European cyclists with helmets is when they’re racing. 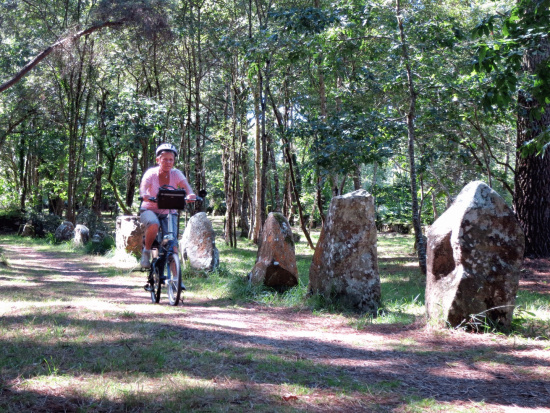 Cycling through the Carnac standing stones. The only bike helmets we saw last year in Brittany were on each other. Photo: Barry Evans.

(For the record, I think kids should always wear helmets – they’re involved in many more tumbles and scrapes than grown-ups.)

The helmet debate may come down to philosophical differences between helmet advocates and libertarians. The advocates put safety first, while we of a more libertarian bent put the stress on fun. We see cycling in the same light as walking and running, not skydiving and rock climbing. As one commentator said in respect of my Journal article, “Bicycles should always be free jump-’n’-go fun and transportation for the masses.” Roll on!