A Year After Her Baby Was Left in a Hot Car, Local Woman Has Turned Her Life Around

It’s been just over a year since Devon Davis’s 18-month-old daughter was taken away from her. Last June, Davis was arrested on charges of child endangerment after strangers came across a car parked in the 85-degree sunlight with Davis’s infant daughter in the backseat, crying, sweating and hot to the touch. Davis, who’s from Shelter Cove, told sheriff’s deputies that she’d left her daughter in the care of 18-year-old Corynn Kennedy, who was found passed out in the car, surrounded by clutter, her head resting on the child seat. 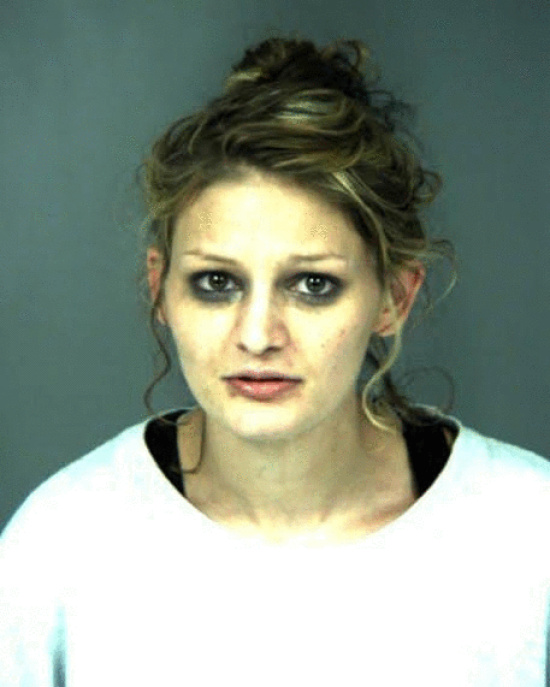 “That was probably one of the worst days of my life,” Davis said in a phone conversation this week. She remembers being down at the river with her friend Josh when she got a phone call telling her to come back to the car. There, she was searched (officers found pills for which she didn’t have a prescription) and placed in handcuffs.

A year later, Davis says she’s gotten her life back on track thanks to the intervention from Child Welfare Services and an in-patient rehab program.

What officers didn’t know when they arrested Davis was that she was pregnant with her second daughter, who was born last October. At the time, Davis was still addicted to meth and heroin. “That was more important than my daughter at the time,” she said. Her second daughter was taken away from her at birth, and when Child Welfare Services workers talked to her about going into rehab she realized it was her only shot to turn her life around.

“I was gonna either lose my daughters forever and have a fucked up life, or I could go to rehab and get better and be a good person for my daughters,” Davis said. “I needed to change my life entirely.”

She agreed to enter the first in-patient rehabilitation center that had an opening — Progress House outside of Placerville. And while it was difficult leaving behind the weekly visits she was allowed with her daughters, Davis was thankful for the change in surroundings. Here in Humboldt County she didn’t have healthy friends, she said, and she needed to be around a whole different group of people.

She entered Progress House two weeks after her second daughter was born and lived there for the next three months, and looking back on it she says that’s the only way she could have gotten clean. In the depths of her addiction she thought she could do out-patient rehab, but now she sees that she needed a total break from her old life.

After leaving Progress House Davis moved into an all-woman transitional living facility. Her children were returned to her in February, and she admits to being scared at first. 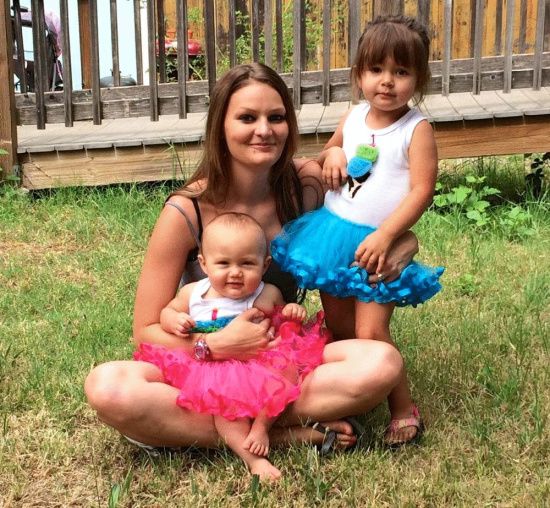 Davis and her daughters are reunited. | Courtesy Devon Davis

“I’d never had two kids at once,” she said. Plus, the transitional facility was “in the middle of nowhere,” and she didn’t have a car. But things have been going really well, she said. “I go to AA meetings, NA meetings, I’m working with a sponsor, going to a 12 step program.” And she has made new friends. “I have a good support group, clean and sober friends,” she said. “I like the little bubble that AA and NA create for me. It keeps me away from people I shouldn’t be around.”

If all goes as planned, Davis said, Humboldt County’s Child Welfare Services will close her case next month. Davis said she’s “super grateful” that CWS stepped in. And her motivation to stay clean has expanded.

“I did it for my kids, but I’m doing it for me now,” she said. “I’m changing my life, trying to better myself. … You have to get sober for yourself so you can be a good parent for your kids.”

The Humboldt County Department of Health and Human Services suggests that anyone seeking information about Child Welfare Services, pre-natal and perinatal programs and/or drug and alcohol treatment call the office’s program and information line: 268-DHHS (3447).