« A Chemtrail Pilot’s Crisis of Conscience, or… 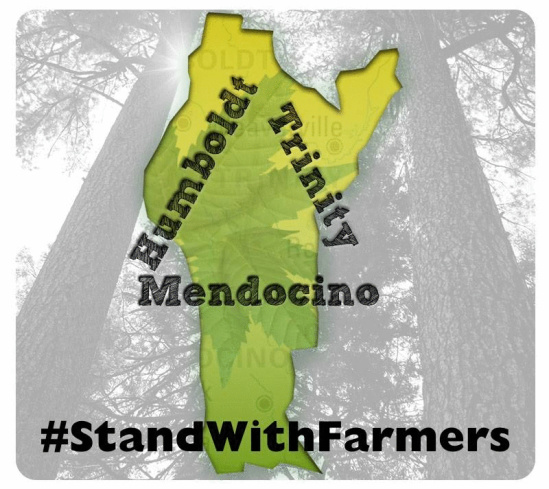 This image is making the rounds on social media.

Over the past year, local marijuana growers and activists, led by the political action group California Cannabis Voice-Humboldt (CCVH), have worked hard to legitimize the industry — drafting legislation, packing the Board of Supervisors chambers and urging “farmers” to come out of the shadows and be regulated. So when law enforcement this week raided grow operations on Island Mountain, including at least one belonging to a member of the group, activists viewed it as a betrayal of their trust.

The identity of the growers and/or property owners targeted in the raids have yet to be disclosed. Nor have the conditions of the grow operations. CCVH Executive Director Richard Marks suggested that the grow connected to a CCVH member was being operated responsibly, though law enforcement said they were just doing what they have always done — going after large-scale, “commercial” cultivators suspected of water diversion, environmental degradation or other criminal activity.

Regardless of this apparent rift between growers and authorities, CCVH is forging ahead with plans to unveil its latest draft of a land use ordinance aimed at regulating outdoor marijuana cultivation. The group announced in its latest newsletter that the draft ordinance will be unveiled at a rally on the Humboldt County courthouse steps next Tuesday at 3 p.m.

CCVH co-founder and board member Luke Bruner tells the Outpost that county supervisors Ryan Sundberg and Estelle Fennell will be in attendance, and Bruner said he expects to generate a crowd of at least 100 supporters for a rally to coincide with the ordinance unveiling.

Since the raids began Monday, growers and their advocates have taken to social media to voice their indignation, with several uniting behind the hashtag #StandWithFarmers. Southern Humboldt cannabis activist and grower Casey O’Neill wrote a defiant manifesto on Facebook today, declaring, “We will fight this battle in the halls of power until we stand victorious.”

O’Neill, whose farm was recently filmed by documentary producers with HBO’s Vice News, went on: “We will not be blamed, bowed, scapegoated or otherwise treated with anything but the honor and accord we deserve as farmers.”

In a report yesterday on KMUD News, an environmental engineer with Pacific Watershed Associates told reporter Kerry Reynolds that this week’s raids were a setback for growers who’d been actively working to make their operations more environmentally friendly. The engineer, named Brad Job, said that a client of his employer was among the targets of the raids, despite the fact that the client had recently invested in “several permits and environmental improvements,” including rainwater catchment storage tanks.

Many local activists interpreted Job’s comments to mean that the unnamed client had been engaged with the State Water Resources Control Board as part of the agency’s recently announced permitting program for marijuana cultivators. But Cris Carrigan, the water board’s director of the Office of Enforcement, said that’s not possible since the program is not up and running yet.

In a phone interview with the Outpost yesterday, Carrigan said that since the property owners have yet to be identified there’s no way to verify what interactions, if any, they’ve had with the state agency. “I know there’s been a lot of misunderstandings about the consultant’s statements on KMUD,” he said. “But they [the property owners] are not enrolled in the [cannabis] permit scheme; they couldn’t be.”

Carrigan added that, while he can’t say for sure why law enforcement targeted these particular growers, he suspects that it has to do with federal attorneys general enforcement guidelines in states where medical marijuana is legal. Those guidelines call for enforcement whenever there’s evidence of cultivation for commercial sale or distribution, sales to minors, environmental destruction or organized crime, among other items on a checklist of red flags.

Is the water board concerned that these raids might scare growers away from engaging in the agency’s permitting program?

“We have to have some concern on that level,” Carrigan said. “But we’re completely on board with the idea that some people should not be in this business, so we’ve always acknowledged the role of law enforcement in the protection of the environment in cannabis cultivation.”

He cited one case where a grower had constructed a 100-foot dirt berm in the middle of a river to divert the water. That’s an appropriate case for law enforcement intervention, Carrigan said.

“We hope our roles remain distinct, and police are not out raiding people who are capable of complying with environmental regulations and not otherwise engaged in criminal activity,” he added. And he reiterated that growers who voluntarily engage with his agency’s environmental regulations for cannabis cultivation will be granted safe harbor from enforcement — at least on the state level.

Meanwhile, CCVH still hopes to get a countywide outdoor cultivation ordinance on the books before the year is out. Local environmental leaders have pushed back against the group’s agenda and methods, comparing the situation to allowing timber companies to write their own rulebook.

Regardless of these hurdles, the group is forging ahead. Here’s the announcement about the upcoming unveiling of the latest ordinance draft: 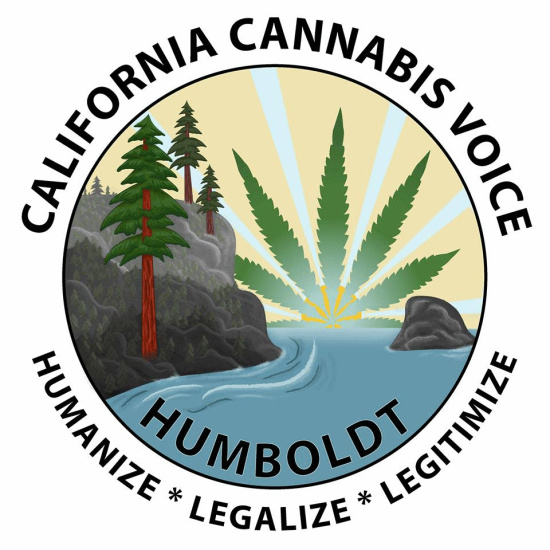 We are more than excited to announce that we will be publicly releasing our draft of the Land Use Ordinance that we’ve been working on for a long time now. The ordinance has changed throughout the course of our work on it (and gotten longer!), and we feel it’s now ready to be shared with you.

Please join us at 3 p.m. on Tuesday June 30th on the steps of the Humboldt County Superior Courthouse where we will “unveil” it to the community. It’ll be a great day to wear either your “I Am a Farmer” or “I [Heart] Farmers” t-shirts and we hope you’ll stand with us as we present this roadmap for the future of Humboldt County.