Tips About Armed Standoff Prove False; It Was Just a Busted Glass Door 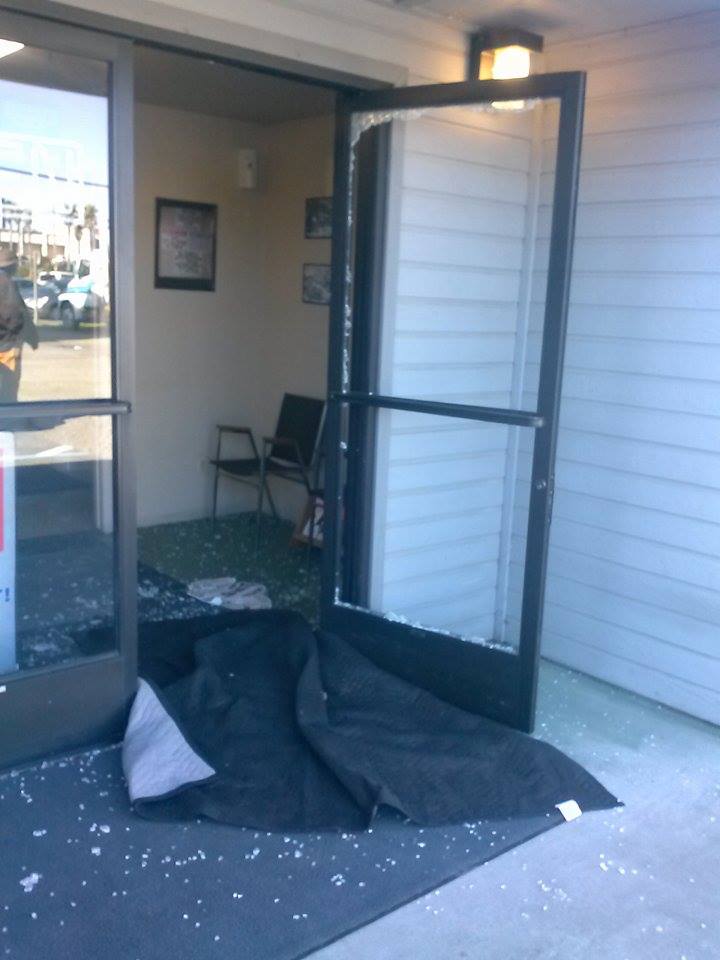 Early this afternoon the Outpost’s Facebook page lit up with alerts about something serious going down at Dan’s Auto Electric on Broadway in Eureka — fire trucks, cop cars, an ambulance, police officers in riot gear.

Turns out it was a false alarm.

The Outpost’s Hank Sims was on the scene and spoke with Eureka Police Sergeant Gary Whitmer, who explained that a call had come in reporting second- or third-hand information about two armed men holding an employee at gunpoint.

In fact, someone had just thrown a rock through the glass front door of the business, which isn’t even open today.

Back to enjoying this gorgeous Sunday, everyone.