Since its inception, your Lost Coast Outpost has always been grateful for the photos, videos and tips it receives from its readers concerning breaking news throughout the county. Y’all are often closer to the action then we are able to be. We appreciate our weird little partnership.

Over thousands and thousands of posts, though, we’ve never had someone take the initiative to conduct an audio man-on-the-street interview at a car crash. That’s exactly what friend of the LoCO Emma Breacain did after there was a car crash outside her office at 6th and G streets in Eureka around 1:30 p.m. The incident was followed by a display of heightened emotions between the two parties involved.

(AUDIO) Emma On the Scene

According to Emma, officers are on the scene and are talking with the parties involved. Thanks for springing into action, scoop. 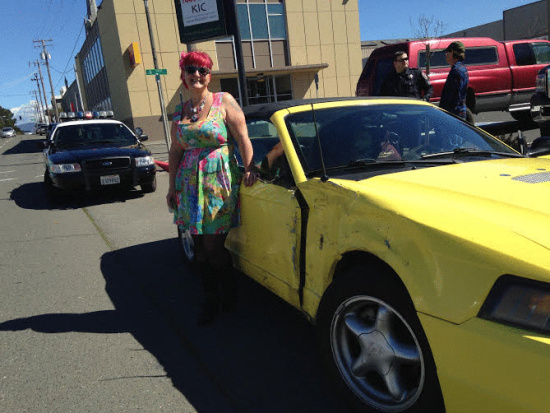 Emma on Moritz’ car: “She’s had it less than two years!”