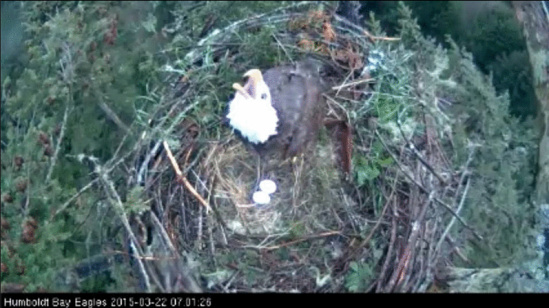 Praise be to the mighty eagle god Garuda! Over the weekend a second shelled blessing hath manifested high in the branches. Truly wondrous times we are fortunate enough to float through.

Join the jubilation over at the Humboldt Bay Eagles Facebook group. for more photos, video, commentary and joy. They’re soaring over there. 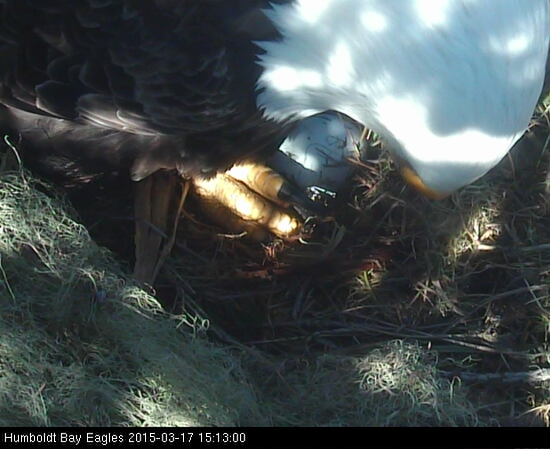 Eh. Maybe we’re egg-zaggerating a bit, but the feather-loving freaks that monitor the Humboldt Bay Eagle Cam wrote in to alert LoCO to the fact that Mr. and Mrs. Humboldt Bay Eagle are once again expecting an eaglet after mama laid an egg just after 3 p.m. Tuesday. Sandra Hunt-von Arb, a senior biologist with Pacific Northwestern Biological Resources Consultants, reported on mama eagle’s labor experience.

“In the past, Mrs. HBE spent a lot of time in the nest bowl before laying the egg, but not today,” Hunt-von Arb explained to LoCO in an email. “What initially looked like a typical “testing of the bowl” resulted in the laying of the first egg of 2015.”

As always, you can watch Humboldt’s favorite feathered reality stars at the Humboldt Bay Eagle Cam (we also embedded it below).