« Man Falls From Ladder, Dies While Attempting to Battle Fire at His Eureka Home

First Woman Ever To Win The Pun Off 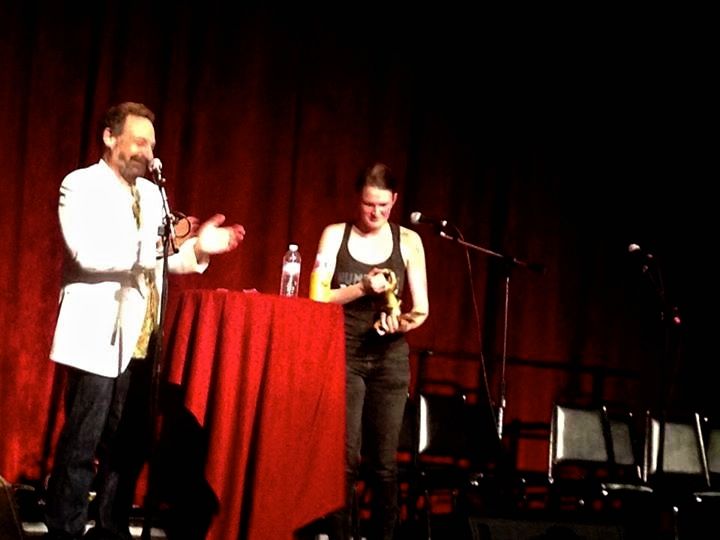 Last night in front of a sell-out crowd at the Arcata Theater Lounge, history was made as Carlie Sharman became the first woman ever to win the Pun Off.

Women have made it to the final round before, including my wife, Amy Berkowitz, who did it twice, but never before in 23 previous contests has a woman won it.

The Pun Off started in the late 1970s and has been going on and off since, hence the “almost annual” description. To make the victory even sweeter, the Pun Off co-founders Lorna McLeod and Jeff Smoller competed this year (for the first time since the 90s).

Sharman beat out 11 other punsters in this round-robin contest of heavy wits. The final round was a best two out of three. The final categories were tough. They were, “The Periodic Table,” “The Brain,” and “Countries of Europe.” I grabbed a brief interview with the winner just after her victory.

This year’s event was a benefit for the Making Headway Center for brain injury recovery. 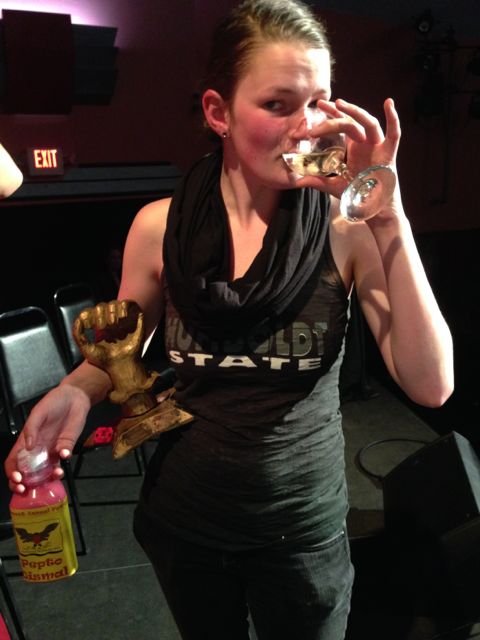