« First Woman Ever To Win The Pun Off

GROWING OLD UNGRACEFULLY: Do ya believe in God? Well do ya, punk? »

UPDATE, 3/9: Well, “Mohammed Ali”s Facebook page has vanished, unshockingly. Monday morning brings news that the FBI is investigating the hack that affected the Sequoia Park Zoo and many other Western websites.

In the meantime, don’t let ISIS win. You oughta go see an otter.

UPDATE, 3:37 p.m.: The ISIS threat has been neutralized. Fuzzy faces have returned to sequoiaparkzoo.net. In case you missed all the excitement, LoCO took a screen shot, above, of how the zoo’s website appeared for much of today. 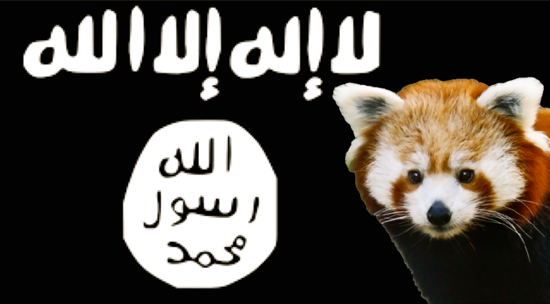 Original Post: If you click over to sequoiaparkzoo.net right now, you’ll be met, not by fuzzy red panda faces, but instead by an image of the flag of the Islamic State.

The logo on the flag, written in Arabic, translates to “There is no God, but God.”

“Hacked by Islamic State (ISIS) - We Are Everywhere ;)” reads a message under the flag. A link included on the page leads to a Facebook page attached to the identity of a “Mohammed Ali.” Recent posts on the page link to other hacked sites with similar messages.

A quick Google search, reveals other unlikely online targets experiencing similar problems this morning. Here is a report from Cincinnati news source describing a similar cyber attack on a local beer bar. Another report from St. Louis tells of a Goodwill thrift shop sustaining a hack.

Whether the Sequoia Park Zoo’s website hack was actually executed by someone working for ISIS or was just some douche bag remains in question. LoCO will update when we know more.

UPDATE, 2:55 p.m.: Something LoCO just noticed that might be noteworthy. Over on “Mohammad Ali”s Facebook page we found a couple of images that look like the one below listing sites around the world that we presume to be a list of sites hacked (though none of the few sites on the list we tried currently display the flag): 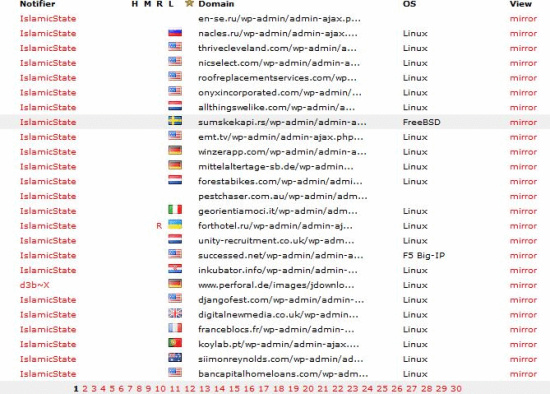 But note that all the listed URLs contain the /wp-admin/ portion, indicating that they are all Wordpress sites. LoCO navigated to a cached version of Sequoia Park Zoo’s website and found that it was designed by Accelerant, a web design company based in Arcata. On Accelerant’s site they cite that they use Wordpress for content management.

Just something to keep in mind, Wordpress users.