« Need a Career? There’s a Fair For That (In Eureka On Friday)

Your Week in Ocean: Today’s Coastal Currents, In Which We Discuss Big Oil vs. The World »

This went out over the scanner at about 2:30 p.m. yesterday: 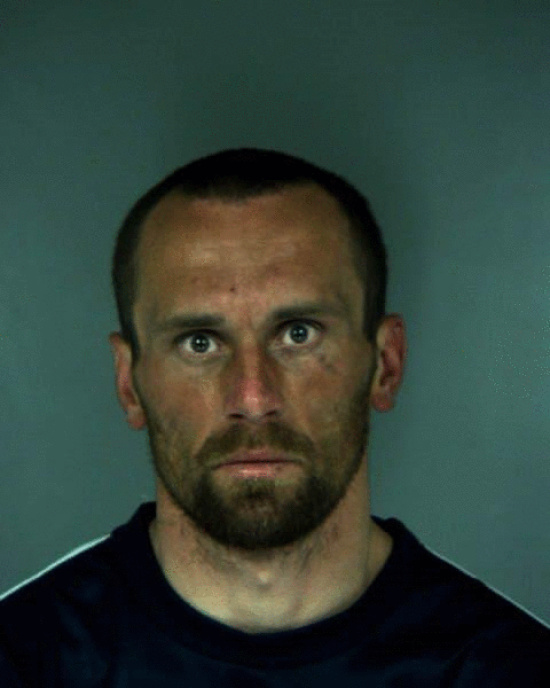 On 05-12-2015 at 2:20 p.m. the Humboldt County Sheriff’s Office received a report, regarding an attempted robbery that had just occurred at the 76 Gas Station on Reasor Road, McKinleyville. It was reported that a male suspect wearing a white fabric, possibly bandana ,covering his face, wearing a green jacket with a black hooded sweatshirt and blue jeans had left the gas station riding a silver bicycle west on Reasor Road. The suspect was further described as a white, male adult, 5’-7” to 5’-8” in height, 150-160 pounds, with dark eyes. Deputies immediately started checking the area for the suspect.

A few minutes later deputies located a male suspect matching the description the clerk had had provided sitting in a field at the intersection of Park Avenue and B Avenue, McKinleyville. The deputies saw a silver bicycle lying next to the suspect. The suspect appeared to be changing his clothes and the clothes the clerk had described were lying next to him. The deputies also noticed the suspect had an ACE, white bandage wrap on the ground next to him. The deputies could not see any injury to the suspects head. The suspect was identified as 35 year old, Jason Edward Balke from McKinleyville. Balke was then detained by the deputies. When the deputies detained Balke they located (1) gram of methamphetamine in his pocket.

Balke was then placed under arrest for attempted armed robbery and for possession of methamphetamine. Balke was then transported to the Humboldt County Correctional Facility and his bail was set at $50,000 dollars.

NOT TO BE CONFUSED WITH THIS MACK 76 STATION:

NOT TO BE CONFUSED WITH THIS MACK 76 STATION: