HACIENDA HEIGHTS, Calif. –The California Highway Patrol (CHP) today announced it has completed its investigation of the deadly 2014 collision between a FedEx vehicle and a tour bus, and concludes the collision was caused, for unknown reasons, by the FedEx driver’s violation of California Vehicle Code section 22107, unsafe turning movement.  An undetermined medical condition, sleepiness, or driver fatigue may have contributed, but there was no conclusive evidence.

“Our investigators carefully analyzed every aspect of this collision and concluded that environmental factors, roadway conditions and vehicle maintenance were not the cause,” said CHP Northern Division Chief Ruben Leal.  “The collision was caused—for unknown reasons—by the driver’s unsafe turning movement, and although fatigue or an undetermined medical condition may have contributed, there is no conclusive evidence.”

The collision occurred on Thursday, April 10, 2014, at approximately 5:40 p.m., on Interstate 5 in an unincorporated area of Glenn County, Calif. and claimed the lives of 10 people and injured 39.  As the FedEx driver drove south on Interstate 5, for unknown reasons, he allowed the tractor-trailer to drift into and through the #1 lane, maintained this gradual path of travel through the median, and crossed into northbound traffic without applying the brakes, or making any type of evasive steering.

The CHP Multidisciplinary Accident Investigation Team (MAIT) investigators did not find that environmental or mechanical factors caused or contributed to this collision.  Some evidence of possible fatigue or sleepiness included:  the long straight section of roadway, the departure angle of the tires consistent with fatigue-related collisions, that the driver was alone and did not attempt to avoid a collision, and an eyewitness report the driver was slumped toward the driver’s window as he approached oncoming traffic.

Throughout the yearlong investigation, the CHP was committed to conducting a complete and thorough investigation into this tragedy to provide answers to those involved, their families, and the public.  The CHP’s Northern Division MAIT closely investigated the environmental, mechanical, and human factors involved in this collision.  The MAIT then carefully detailed its findings in a 541-page report and several annexes.

The CHP strives to provide the highest level of Safety, Service, and Security to the people of California.  The CHP’s MAIT Program was established in 1978.  The severity and intricacy of traffic collisions dictated the need for more intensive investigations to determine subtle collision and injury causes.  The objective of the MAIT Program is to provide the CHP with the means to conduct in-depth investigations and analyses of major traffic collisions throughout the state.  Investigations include the reconstruction of an incident and a study of the factors that may have contributed to the incident.  The factors include environmental, human and mechanical and are associated with the three phases of a collision which are pre-collision, at-collision and post-collision.

For more information on the MAIT program visit https://www.chp.ca.gov/programs-services/for-law-enforcement/multidisciplinary-accident-investigation-teams-%28mait%29 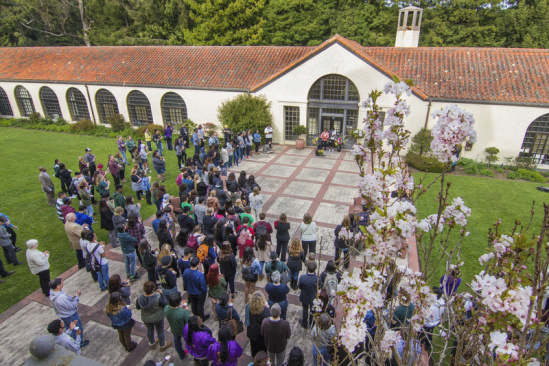 A FedEx driver made an unsafe lane change before colliding head-on into a bus full of high school students headed to Humboldt State University last April, according to a 13-month investigation by the California Highway Patrol, the Sacramento Bee reports.

The report failed to find any “conclusive evidence” as to why the FedEx driver veered across the roadway on April 10, 2014, according to NBC Southern California. The drivers of the bus and the FedEx truck were both killed along with three chaperones and five students, who were headed to HSU for spring preview.

“Our investigators carefully analyzed every aspect of this collision and concluded that environmental factors, roadway conditions and vehicle maintenance were not the cause. The collision was caused — for unknown reasons — by the driver’s unsafe turning movement, and although fatigue or an undetermined medical condition may have contributed, there is no conclusive evidence.”

Investigators were able to determine that neither driver was on his cell phone or impaired by drugs or alcohol. Last week, the National Transportation Safety Board released documents from its own investigation, including testimony from a witness who said the FedEx driver “appeared to be unconscious and slumped over moments before the collision,” NBC Southern California reports.