LoCO Wonders: Is That The Best Way to Dispose of Your Old LPs? 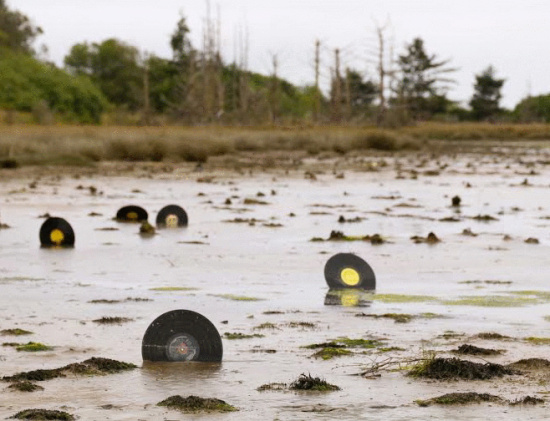 First off, hope y’all are out doing something enjoyable on your Memorial Day. Since, of course, you wish the same for us, we’ll note that LoCO did some kayaking this morning ending up in King Salmon. It was as we were leaving town that we noticed a curious guerrilla art installation.

In a muddy marshy area adjacent the Highway 101 onramp, it appears as if someone has chucked around two dozen LPs as though they were shurikens. Now they are sticking out of the mud like tombstone-y memorials to a dead (unless you’re so hip) medium.

Why share this? ‘Cuz we’ve never seen that before. In the parlance of our times, retweets are not endorsements.

It is also maybe worth mentioning that it was frustrating not being able to get close enough to the discs to identify the artists whose vinyled sweat and tears ended up in the muck. Might have added a layer to the piece. (Mudhoney? Rascal Flatts? Marshall Tucker Band?) Or maybe it was just bad music. If you own waders and take the initiative to extract the records, we’d like to know.

Anyway. While we did stop and ponder them, those don’t go there. 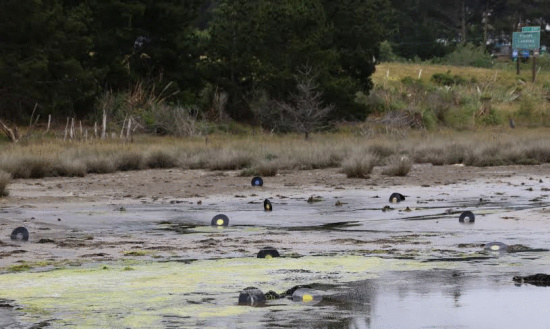