One Arrested After Myers Flat Rock Assault; Suspect Made Statements About Good and Evil 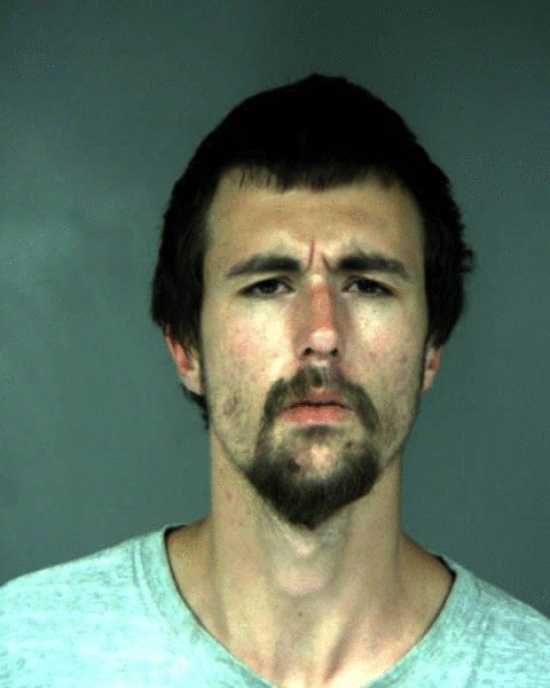 On 05-23-2015 at 10:30 a.m. Deputies with the Humboldt County Sheriff’s Office were dispatched to the 300 block of Boy Scout Camp Road, Myers Flat, regarding an assault that had just occurred. When deputies arrived on scene they contacted a 44 year old male victim, who told them the following.

The victim stated he was inside of his trailer with his wife when the suspect, who he identified as 24 year old Gage Ryan Morris, came to his property. The victim said Morris was making bizarre statements about good and evil. The victim said Morris was an acquaintance of his and he was seeking a restraining order against him, because of past issues. The victim said he was lying on his bed in the trailer when Morris pulled open the curtain over the door and threw a rock at him, which struck him in the head. The deputy noticed a laceration over the victim’s left eye area that was bleeding. The victim refused medical attention.

A California Patrol Officer, who had arrived in the area to assist the Sheriff’s Office, located Morris walking on the street in the Myers Flat near the freeway. Morris was detained by CHP. When the deputy arrived on scene with CHP the deputy arrested Morris for assault with a deadly weapon. Morris was then transported to the Humboldt County Correctional Facility in Eureka. Morris’s bail was set at $50,000 dollars.