(VIDEO) ‘Let’s Get the Hell Out of Eureka,’ Says Traveling YouTube Star After Surviving Crime Gauntlet »

Panda Rescue! Here’s Where Masala the Red Panda Was Found and How She Was Captured 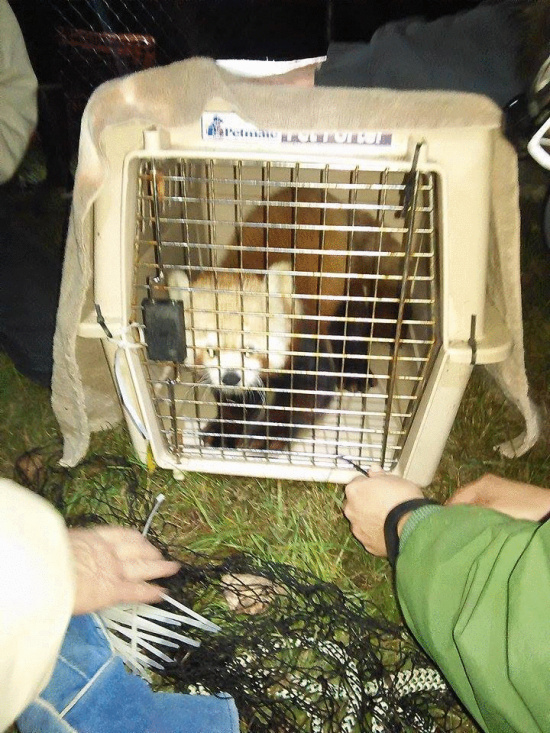 We don’t know what she did during her two days off the map in the wilds of Eureka, but we do know that by 9:20 p.m. Saturday Masala the red panda had emerged from the other side of Sequoia Park. She was cruising down the street near the corner of Hodgson and Q like a common raccoon, searching for God knows what — shelter, bamboo, some other creature comfort — and thinking thoughts that will forever be hidden to us.

At that moment, at that intersection, Eureka resident Loretta Hancock was headed toward the Fresh Freeze to grab some food when she noticed a bustling red something hanging out near a fire hydrant. She stopped in the middle of the street and put her hazards on. She stared at Masala, and Masala stared at her. Then she called 911.

“Last night, with all the efforts of people searching and everything, I just happened upon her,” Hancock — a self-described animal lover — mused to the Outpost this morning, sounding a bit like someone who had just won the lottery.

While she waited for zoo personnel to arrive, Hancock kept her eyes on Masala, and the panda seemed to know that the jig was up. She climbed up and down a fence, and attempted to scale a porch. Hancock made kissy noises at her, noises you might made to a dog to get its attention or calm it down. Finally Masala found a tree and scaled it, and there it remained until everyone arrived.

Hancock said zoo manager Gretchen Ziegler approached the problem with a great deal of patience, and it took nearly two hours to get the panda into an animal carrier. There was some talk of tranquilizer darts, said Hancock, who stayed on the scene for the duration of the rescue, but the main idea was to lure the animal down with bamboo and other treats. It worked. Masala came out of the tree, but when she hit the ground she bolted for the exit. Rescuers had foreseen this and put up barriers around the perimeter, and eventually someone was able to throw a blanket over her.

All that was left was to load her into the carrier and ferry her back to the zoo. “I’m happy she’s home,” Hancock said. 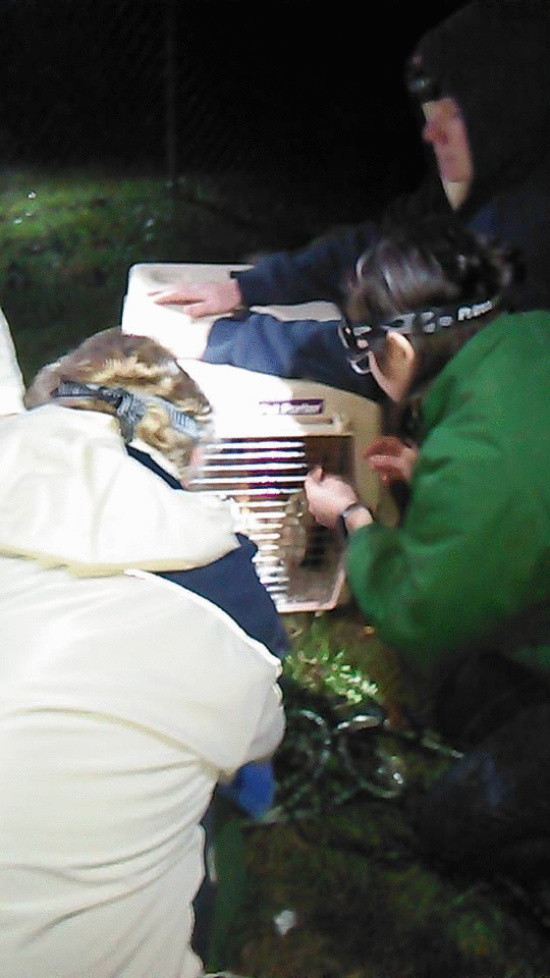