LETTER FROM ISTANBUL: A Trip to a Turkish Barber » 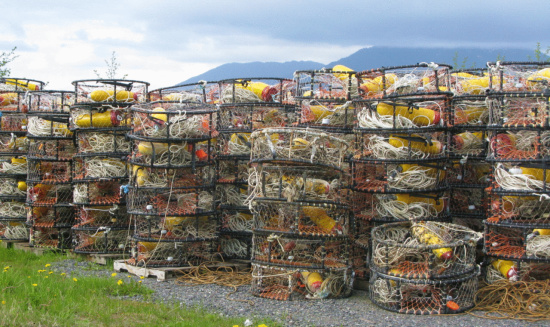 The Director of the California Department of Fish and Wildlife (CDFW) today enacted an emergency rulemaking to delay the opener of the commercial Dungeness crab season, which was scheduled to open on Nov. 15, and close the commercial rock crab fishery, which is open year round. The closure could take effect as early as today.

“Crab is an important part of California’s culture and economy, and I did not make this decision lightly,” said CDFW Director Charlton H. Bonham. “But doing everything we can to limit the risk to public health has to take precedence.”

The emergency rule prohibits commercial take and possession of Dungeness crab and all rock crab from ocean waters, including bays and estuaries, north of the Ventura/Santa Barbara county line. Closure of the fisheries shall remain in effect until the Director of the Office of Environmental Health Hazard Assessment (OEHHA), in consultation with the Director of the California Department of Public Health (CDPH), determines that domoic acid levels no longer pose a significant risk to public health and recommends the fisheries be open, and the Director of CDFW provides notification to the commercial fisheries.

CDFW will continue to coordinate with CDPH and OEHHA to test domoic acid levels in crab along the coast to determine when the fisheries can safely be opened. Once levels drop and the crab are safe, CDFW will coordinate with the Commission so that the season openers for Dungeness crab ensure an orderly fishery balancing recreational and commercial participation.

CDPH, in conjunction with CDFW, has been actively testing crabs since early September and results from the most recent tests showed that the health risk to humans is significant. Domoic acid is a potent neurotoxin that can accumulate in shellfish, other invertebrates and sometimes fish. It causes illness and sometimes death in a variety of birds and marine mammals that consume affected organisms. At low levels, domoic acid exposure can cause nausea, diarrhea and dizziness in humans. At higher levels, it can cause persistent short-term memory loss, seizures and can in some cases be fatal.

Domoic acid is produced from some species of the marine diatom Pseudo-nitzschia. Currently, a massive toxic bloom of Pseudo-nitzschia has developed, significantly impacting marine life along California’s coast. State scientists tested crab from nine ports from Santa Barbara to Crescent City, and determined that domoic acid levels are exceeding the state’s action level.

Algal blooms are common, but this one is particularly large and persistent. Warmer ocean water temperatures due to the El Niño event California is experiencing are likely the cause of the size and persistence of this bloom.