« LETTER FROM ISTANBUL: Breakfast With the Sultans

“Yo Akono! Where Bem? He go work over de sea?” “Sho nuff. Dem honkies give him good job pickin’ cotton…”

Is that what they were thinking? “They” being the writers and editors of World Geography, published by McGraw-Hill, one of the world’s largest textbook publishers. On the page headed “Patterns of Immigration,” the authors helpfully explain that “The Atlantic Slave Trade between the 1500s and 1800s brought millions of workers from Africa to the southern United States to work on agricultural plantations.” 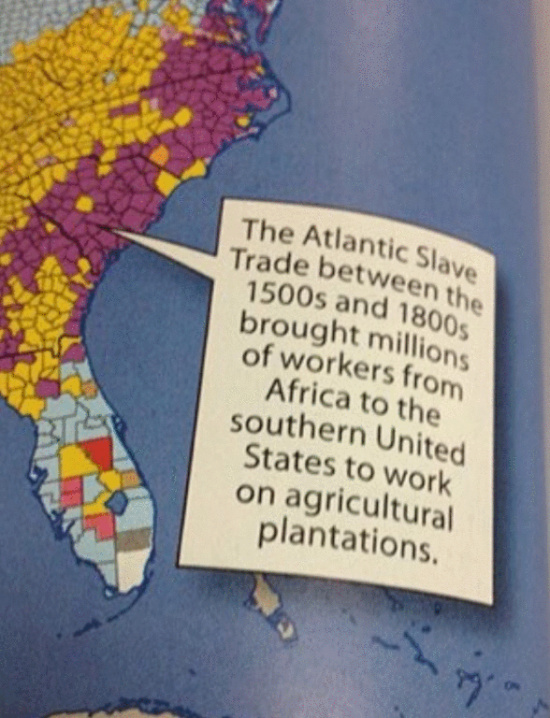 You may have read about the media storm that followed a posting on Facebook by a black student’s mom, Roni Dean-Burren, after her son Cody sent her a photo of this caption. (“we was real hard workers, wasn’t we,” he texted her.) Following two million views and stories in newspapers and on TV news shows, McGraw-Hill apologized. “…clearly, something went wrong and we must do better.” The besieged publisher has now offered to send out stickers with more honest wording to cover the offensive panel in the 100,000 copies of the book already in use.

Really?! It took a 15-year old student’s objection to the sanitized (whitewashed?) text, despite, according to McGraw-Hill, the book having been reviewed “by many people inside and outside the company.” No one noticed the wording (not to mention the inclusion of “slavery” under “immigration”!)? No one said, this caption might be insanely offensive, insulting, derogatory, abusive, odious, detestable?

(Just in case anyone has an iota of sympathy with the caption: Some 12 million slaves were shipped from West Africa between the 16th and 19th century, of whom about 1.5 million died during the crossing, while a further 3-4 million died in Africa during raids, the march to the coast and in slave “forts” prior to embarkation.) 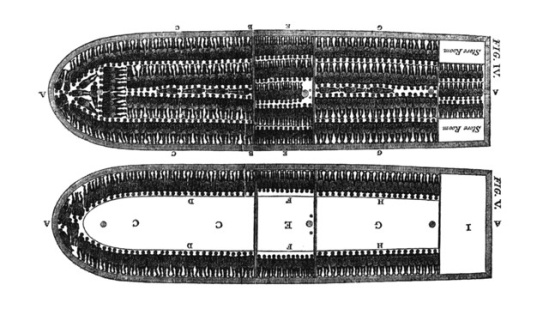 Slave ships carried anywhere from 200 to 900 captives, many of whom died en route. 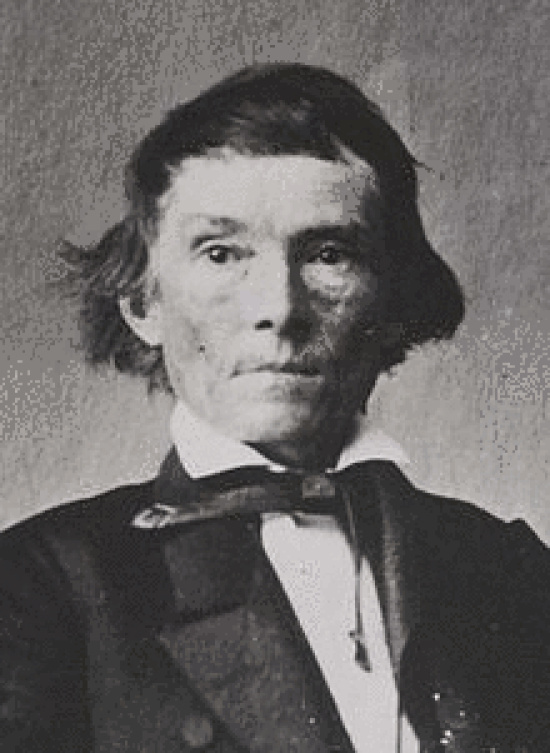 It’s not just one caption in one textbook that’s at issue, of course. Some influential Texans have, it seems, a pretty skewed view of the history of slavery, leading to this sort of debacle. For instance, Texas Board of Education member Patricia Hardy told NPR, “States’ rights were the real issues behind the Civil War. Slavery was an after issue.” Ya think? Here’s Alexander Stephens, Vice President of the Confederate States of America, in March 1861 (from his so-called “Cornerstone Speech”):

“The new constitution has put at rest, forever, all the agitating questions relating to our peculiar institution African slavery as it exists amongst us the proper status of the negro in our form of civilization. This was the immediate cause of the late rupture and present revolution…[our] foundations are laid, its cornerstone rests, upon the great truth that the negro is not equal to the white man; that slavery subordination to the superior race is his natural and normal condition.” (My italics)

Me, I’m optimistic that this little storm will result in more honest and factual history textbooks coming out of Texas. Am I being naïve?