« The Boom to End All Booms Just Hit Eureka

GROWING OLD UNGRACEFULLY: … and Deliver Us From Spam » 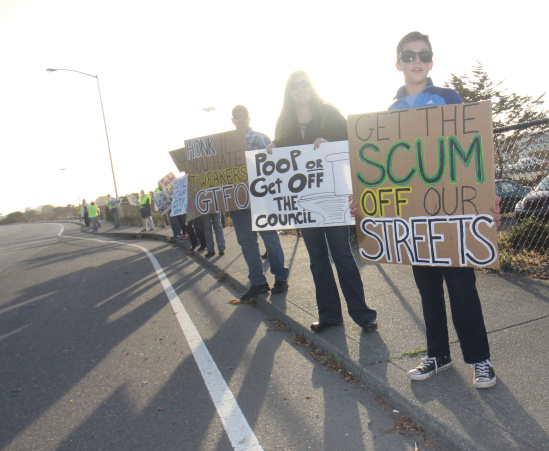 A few dozen anti-crime activists rallied outside the Bayshore Mall this evening, in a response to a city council that has been mostly indecisive toward addressing the homeless community living in the Palco Marsh.

Protesters lined the fence outside the mall, drawing a wave of honking as well as drive-by rhetoric from supporters of the homeless. 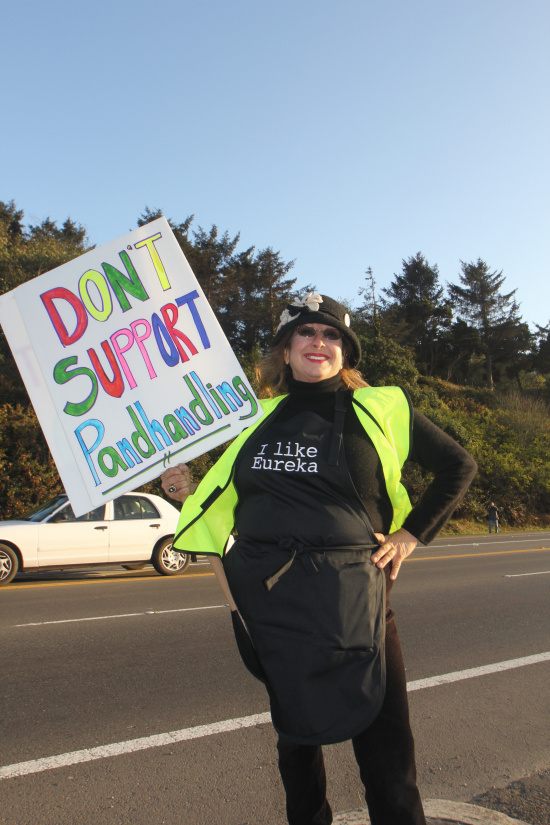 Co-organizer of the rally Jeannie Breslin said she no longer feels safe living in Eureka.

The frequent rabble-rouser at Eureka City Hall meetings said the groups end goal is to improve the quality of life for Humboldt County citizens.

“I think we need to raise awareness. Homelessness is a hot button, but it’s far more than that. It’s drug addiction, mental illness, and so it all gets clumped together,” Breslin said. “But at the end of the day, we’re experiencing heightened crime like we’ve never had before.”

Whether you agree or disagree with the group’s cause, it may have already impacted the city’s crime rate. The Eureka Police Department was on scene during the protest, and arrested a man under the influence of drugs attempting to break into a car across the street.

“I want to see an exit plan, people with mental illness get help, people with drug addiction — if they want help — get help. But if you choose to be defiant there are consequences because in society we have to live by a code of rules,” Breslin said. “City council needs to step it up. The city is at risk of not being insured, the Environmental Protection Agency is concerned with the amount of toxic waste in our Bay, and we in our community should have access to public lands and feel safe.” 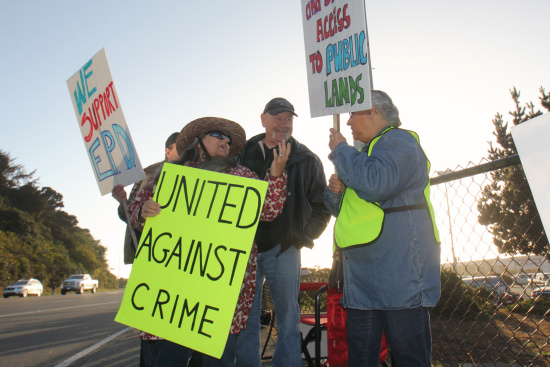 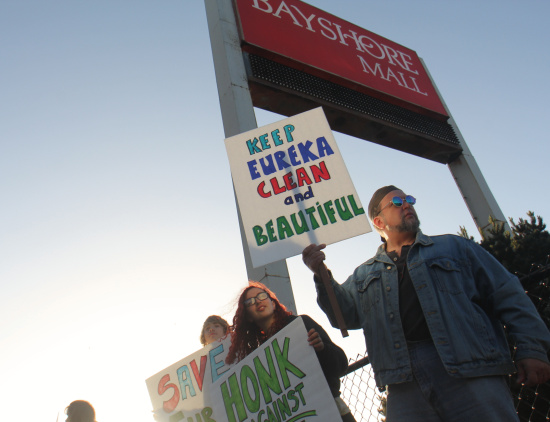 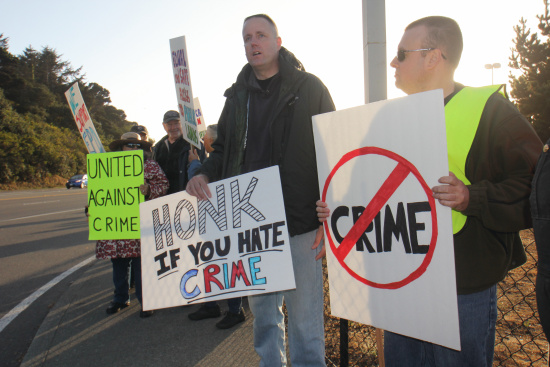 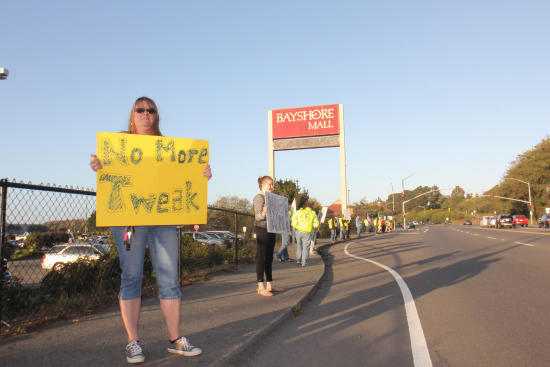 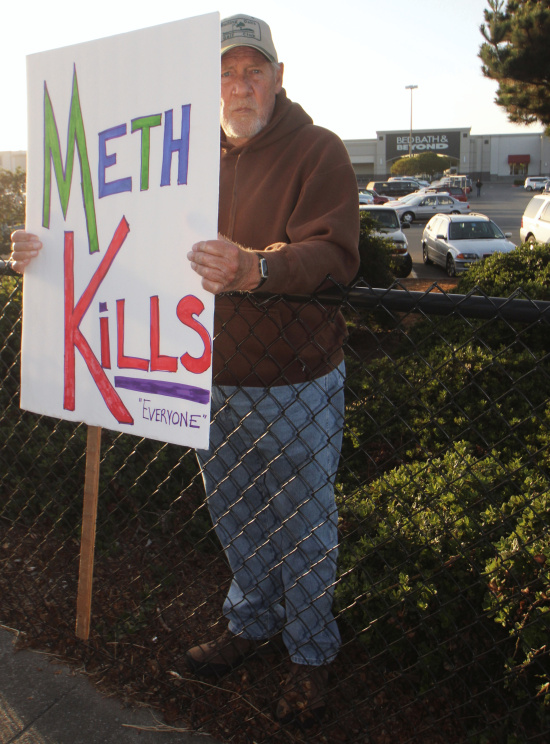