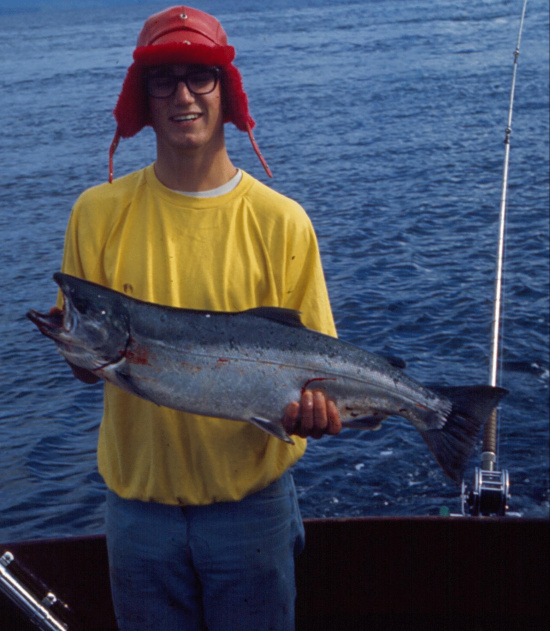 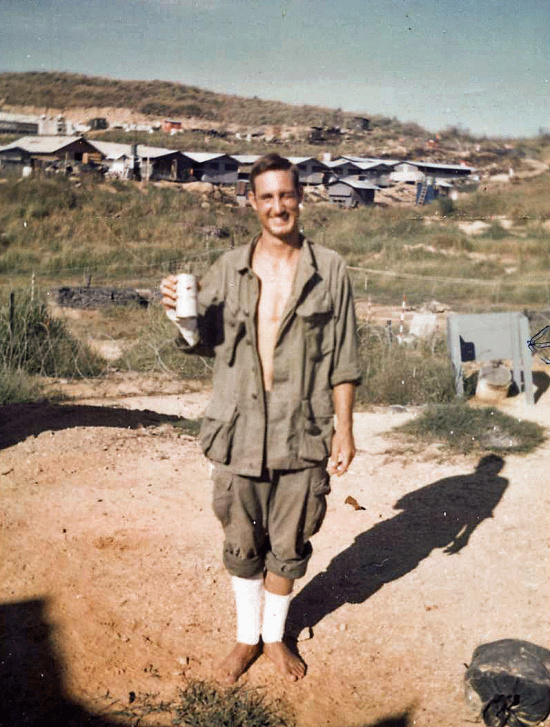 Stephen Patrick Miller was born in San Diego on February 24, 1949 and adopted by Charles Miller, M.D., and Iris Miller. Stephen was the middle child of three adopted children. The siblings were close in age and went their separate ways after leaving home.

After high school Stephen got into some legal trouble over marijuana. Given the option of jail-time or enlistment in the army Stephen chose the army which promptly shipped him off to Vietnam. His compact and wiry build was ideal for searching enemy tunnels so he became a “tunnel rat.” Eventually he was relieved of this perilous duty and finished his military time as a lifeguard at the officer’s club. He told stories about swimming with poisonous sea snakes, surfing in storms and being wary of snipers who sometimes shot at them from the surrounding treetops. He had little to say about his experiences as a tunnel rat except that he still suffered nightmares.

Upon returning “stateside” in the early ‘70s, suffering from untreated post-traumatic stress disorder (PTSD) and the debilitating effects of Agent Orange he restlessly traveled the country collecting stories about his adventures. Life as a vagabond allowed him to see a good portion of the United States. For a number of years he would intermittently travel, attend and drop out of Grossmont College in El Cajon and live in the Arizona desert, in an attempt to find his way in life, haunted by the effects of his time in Vietnam.

Eventually Stephen would attend and graduate from Scottsdale Community College. There he met and soon after married Joy Dellas. The “wedding,” which started out as sort of a joke, was in Reno on the way back from a trip north, with a Canadian hitchhiker as best man. In 1978 the couple moved to Humboldt to attend HSU. The marriage didn’t last but their friendship did.

Upon the dissolution of his marriage Steve dropped out of school and moved to the Arcata Hotel. He supported himself by working as a house painter, handyman, janitor, and doorman at the old Jambalaya Club. Steve expressed himself as a poet and local storyteller while pursuing golf, fishing and the general enjoyment of life.

He was the host of Mad River Anthology on KHSU for a number of years, and recorded and broadcast many local and visiting poets on his half-hour weekly show. Stephen also hosted the Jambalaya reading series and was a poetry editor for Northcoast View. He had many poetry readings in numerous venues, some of which he helped to create.

In 1994, he published a second chapbook, a narrative poem of his time in the southwestern desert. Inside the Boar’s Circle described the war as it continued at home, which he re-lived to his last days.

Stephen Miller’s work has appeared in Toyon, American Mosaic, Orbis, Journal of American Culture, and Northcoast View. He left behind numerous other poems, stories and essays. He had compiled an extensive collection of archived material including videos of local readings and radio shows. 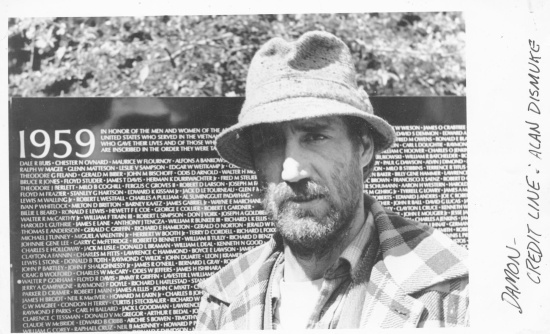 In 1990, Steve bought the house next door to Joy in Manila, where he lived for the next 25 years. He was happy being a good neighbor and enjoyed working on his house and yard. He constantly made improvements to his home and was working on it until his unexpectedly last days. He always took care to feed the hummingbirds and the neighbor cats that adopted him as well.

He’d been a long-time drinker and carouser at the Plaza bars, but gave that up after a few close calls and some reckoning with his soul some 15 years ago. This allowed him more free time and energy to pursue other vocations such as ceramics. 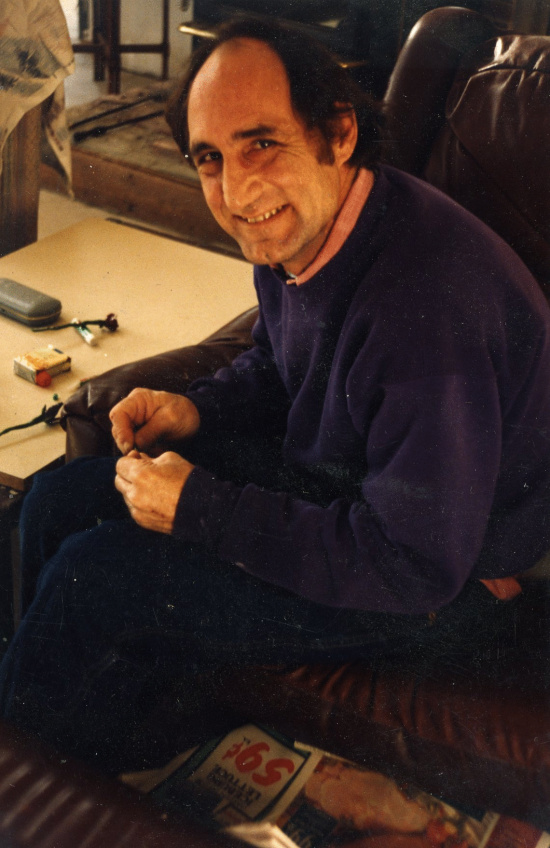 He derived much joy creating animals, figures, plaques depicting mythological characters and several chess sets, including the pagans vs. the crusaders and one with frogs and princesses. His ceramic art was a manifestation of his quirky sense of humor and playfulness. He exhibited and sold his work both locally and on eBay. Stephen set up a studio in his living room where he invited his friends to freely create their own ceramic works. The studio and kiln had been disassembled for years, after a remodeling project, although he recently resurrected it and started creating again a couple months prior to his death.

Stephen had a fine sense of irony, and kept his wide-screen TV constantly tuned to the world’s most recent sensation, disaster or sporting event. He was an avid reader and had a large collection of books, including everything from the classics to contemporary mystery novels. Somehow he could devour books by the dozens while smoking cigarettes and watching old episodes of Diagnosis Murder and Perry Mason.

Stephen, though always somewhat of a rebel and an iconoclast, had a sensitive side too. He didn’t hesitate to wipe away tears shed upon taking in a particularly sad or emotional bit of news or movie scene.

Steve’s home was a refuge for his neighbors; Joy, her son Demetri and his good friend, Michael Hoes. Always generous, he helped Michael rebuild his home dedicating nearly two years and untold hours to the project so Michael could establish his own home on the block.

Stephen and Michael shared a pot of coffee nearly every morning and evening for some 20 years while they opined on the latest news or current event.

In many ways Steve was like a father to Demetri. His home was like an extension of Demetri’s home - complete with a gate in the fence and a door which was never locked. He was there 24/7 for support, friendship, family occasions, and holidays. It wasn’t Christmas until everyone showed up at Steve’s and unwrapped their presents together each year. Stephen was always available to listen, share, (sometimes admonish) but generally to spoil Demetri with generous gifts and his time. He was a consistent daily presence in Demetri’s life from his birth right up to attending his high school graduation in May.

In Stephen’s extended family – Joy, Demetri and his friend Michael – he had finally established the family environment which he had so desired.

It was a broken hip that sent Stephen to Mad River Hospital on the morning of June 18. He soon after contracted pneumonia and went on life support several days later. He consequently developed ARDS and died at St. Joseph Hospital on July 6, with his extended family present. Stephen was 66 years old.

Steve had an unfailing sense of humor and a kind word, a winning smile and a tip of his fedora for anyone he’d encounter. His death came as a terrible surprise and he is greatly missed by his many friends, neighbors and colleagues. In addition to his little Manila family, Stephen is survived by a brother, Gary, in Oregon, and a sister, Susan, in Florida. A potluck celebration of his life will be held at the Manila Community Center on Sunday, Sept. 27, from 3-5 p.m. Please come and share your memories of Stephen. There is a Facebook event page with more details at: Celebrating Stephen Miller.