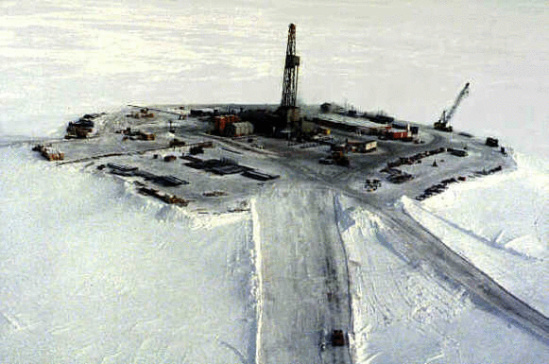 Shell’s epic $7 billion failure is “a welcome victory,” says Rep. Jared Huffman, but a bill introduced by the congressman this week would ban all new or renewed oil and gas leasing in the Arctic’s Outer Continental Shelf region.

Here’s a press release from his office:

Congressman Jared Huffman (D-San Rafael) today introduced the Stop Arctic Ocean Drilling Act of 2015, which would prohibit new or renewed oil and gas leasing in the Arctic Ocean Planning Areas of the Outer Continental Shelf. Today’s bill introduction comes on the heels of Royal Dutch Shell’s announcement that it will end drilling operations in the Arctic Ocean “for the foreseeable future.” Huffman’s bill would effectively bring a permanent end to drilling operations in the area.

“Oil drilling in the harsh and dangerous Arctic Ocean carries unacceptable risks. An oil spill in the Arctic would be an environmental catastrophe that would pollute and cripple the ocean ecosystem, harming wildlife and damaging fragile shores for decades to come,” said Huffman.

“Today’s news that Shell will end all Arctic drilling is a welcome victory for the marine environment, but Congress must now act to permanently protect the Arctic Ocean and put it off-limits to any future irresponsible drilling proposals. The Stop Arctic Ocean Drilling Act would keep Alaska’s environment safe, permanently.”

The Department of Interior estimates a 75 percent chance of one or more large oil spills as a result of drilling in the Arctic. Should an oil spill occur, between 44% and 62% of spilled crude oil would remain in open water or broken ice longer than 30 days, neither dispersing nor evaporating.

The Arctic region is home to one of the world’s most delicate ecosystems, extreme and treacherous conditions, and severely limited capacity to respond to an oil spill or accident. The site of the worst environmental disaster America has ever faced, the Deepwater Horizon explosion, was approximately 132 air miles away from the nearest Coast Guard Station. In contrast, proposals by Shell Oil Company to drill in the Chukchi Sea are over 900 air miles from the nearest Coast Guard station in Kodiak and over 1,200 miles from the nearest deep-water port in Dutch Harbor.

Huffman’s bill is supported by the following organizations:

The Senate version of the Stop Arctic Ocean Drilling Act of 2015 was introduced by Senator Jeff Merkley (D-Ore.) on July 16, 2015.