(PHOTOS/VIDEO) An RV Burns on the Samoa Peninsula 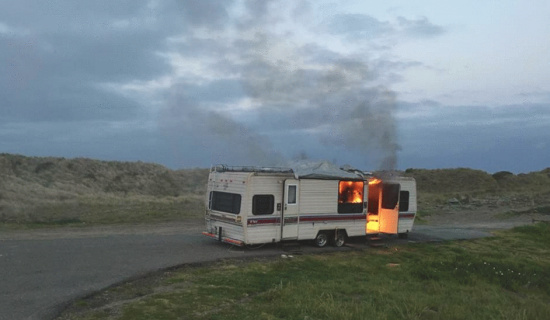 This morning a LoCO reader sent in some photos and video of a Jessie Wiedel painting come to life in the form of a mysterious travel trailer fire on the Samoa Peninsula near the intersection of New Navy Base Road and Bay Street.

According to Samoa Peninsula Fire District Chief Dale Unea, fire crews responded to the RV blaze at around 6:30 a.m. this morning and spent roughly 10 minutes extinguishing it. 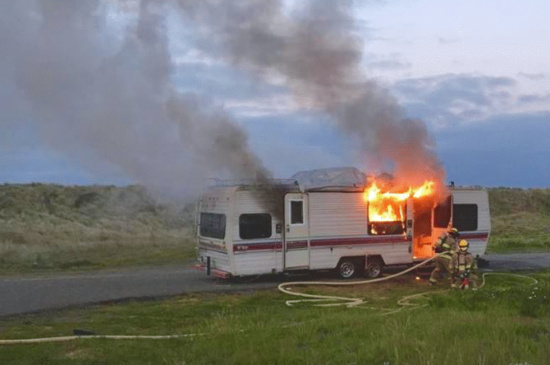 “They have a distinctive smell when they burn,” Unea noted, citing the materials used to construct such vehicles as being uniquely pungent when burned. “It sticks with you for awhile.”

Unea said he’d noticed the trailer parked there beginning a little over a week ago and, since that time, it seemed like parts of the vehicle were slowly disappearing. The trailer had no plates on it when his crews arrived this morning. Unea said the cause of the fire is undetermined. SPFD contacted the Humboldt County Sheriff’s Office to investigate the scene. 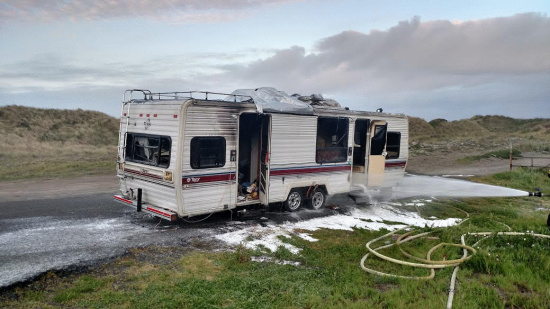 An RV Burns on the Samoa Peninsula.