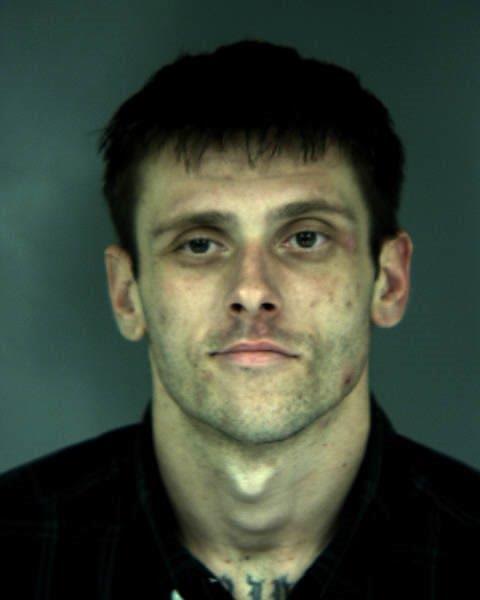 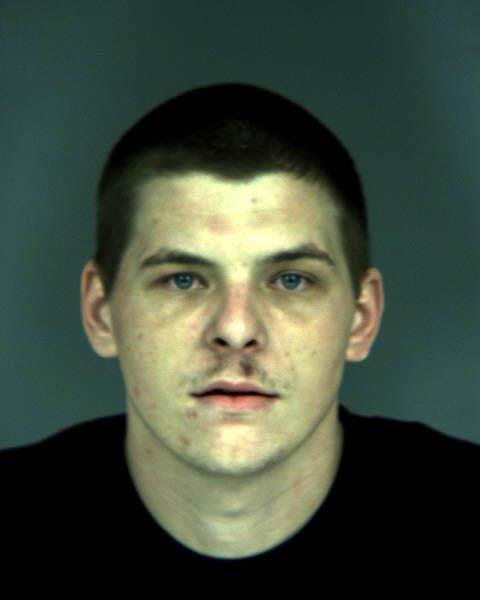 (Above: Barnes and Stockhoff)

The deputy saw two male suspects walking away from the direction of the stolen vehicle. The deputy contacted and detained those two suspects for further investigation. The two suspects were identified as 27 year old, Andrew Arthur Barnes from McKinleyville and 25 year old, Michael Sherman Stockhoff from Eureka. The deputy requested additional officers respond to his location.

When deputies searched Stockhoff they located a loaded Kimber, .45 caliber, handgun in his waist band. Deputies also located what appeared to be multiple small bags of narcotics in his pants pocket. Stockoff was then placed under arrest. It was later learned that Stockoff had (3) three separate misdemeanor warrants for his arrest.

At first when Deputies were questioning Barnes he provided deputies with a false name. Through their investigation deputies were able to learn of Barnes true name. Barnes had an arrest warrant issued by State Parole and also was wanted for the recent armed robbery in the City of Fortuna.

Both suspects were transported to the Humboldt County Correctional Facility in Eureka. Stockoff was booked for being a convicted felon in possession of a firearm, carrying a loaded firearm in public and for possession of a controlled substance (methamphetamine). Stockhoff was also booked on his (3) misdemeanor arrest warrants. One misdemeanor arrest warrant was a no bail warrant for failure to complete a jail sentence through Humboldt County Superior Courts.

Barnes was booked into jail for a no bail State Parole violation, armed robbery and providing a false name to law enforcement.

The stolen vehicle was stored at a local towing company to be returned to the legal owner. At this time both suspects shave not been charged for with the stolen vehicle. The case is still under investigation by the Humboldt County Sheriff’s Office and the Fortuna Police Department.