« CAREFUL, SWIMMERS! Trinity River Flows Will Be Ramped Up This Weekend, Next Week

About That Stat: No, the Average Humboldt Resident Does Not Take 14 Vicodin Per Day » 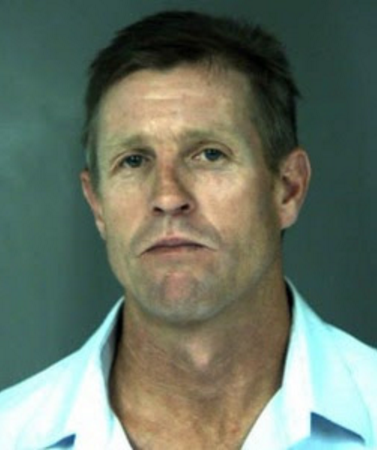 On December 26, 2013 the defendant entered a residence in Petrolia where an acquaintance was staying and found her upstairs asleep. The victim awoke with the defendant on top of her, told him no, and tried to resist. During the rape he committed various forcible sex acts against her before leaving the residence. He then returned and committed sexual acts a second time.

On November 9, 2014 after a community event in Petrolia the defendant offered a ride home to a woman he had met. Instead of taking her home, he took her to his property. Once there, Meserve took her into a trailer, raped her and committed other sex acts without her consent. During the incident, he also strangled her, threatened to kill her and told her he would freeze her body and feed her to animals.

The defendant was remanded into custody after the verdicts were read. Judge Cissna will sentence the defendant on July 1, 2016. DDA Bennett and District Attorney Maggie Fleming wish to express appreciation to the victims in the case, whose willingness to provide difficult testimony has enhanced public safety.