« Fire Shuts Down Highway 199 in Oregon, Before Grants Pass 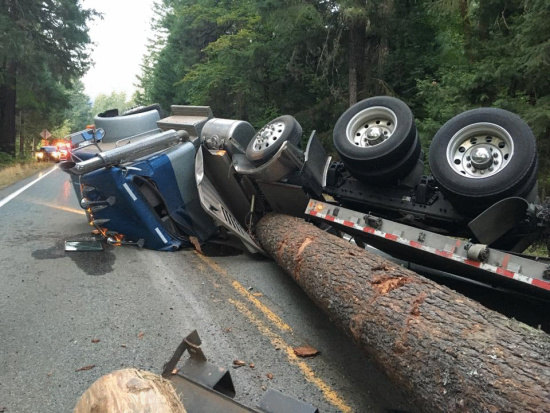 An overturned big rig shut down two-way traffic on Highway 199 near the California-Oregon border for roughly an hour this morning, as firefighters attempted to clear the truck’s heavy payload off the road.

“The logs were covering the whole road,” Karanopoulos said. “A local resident actually brought in a little tractor, and was able to push them out of the way enough so we could open up one-way traffic.”

An ambulance was dispatched to the scene, but Karanopoulos said the driver refused medical treatment despite suffering minor to moderate injuries.

One-way traffic was controlled in the area for roughly four hours while Caltrans worked to clear the roadway.

Two-way traffic was reopened around 9 a.m. Aside from a few scrapes, the crash did not cause any serious structural damage to the highway. 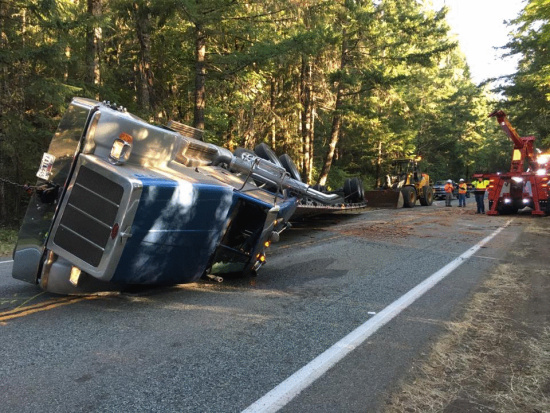 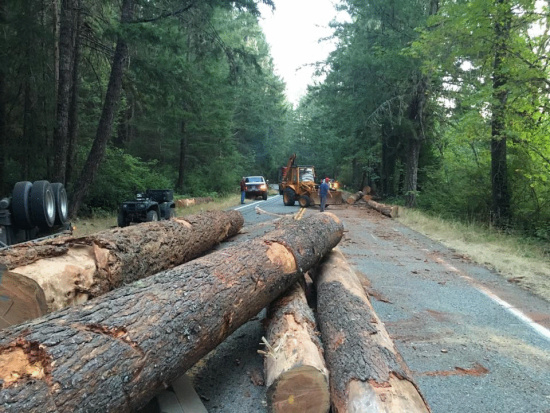 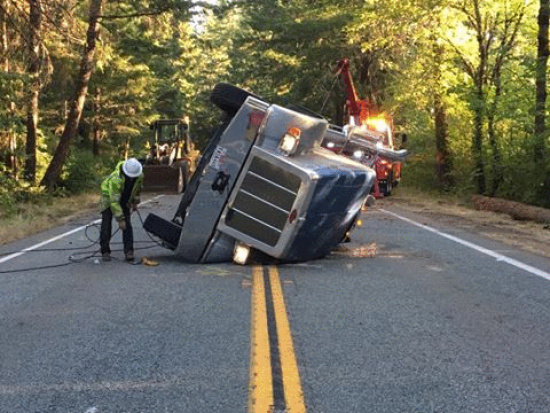 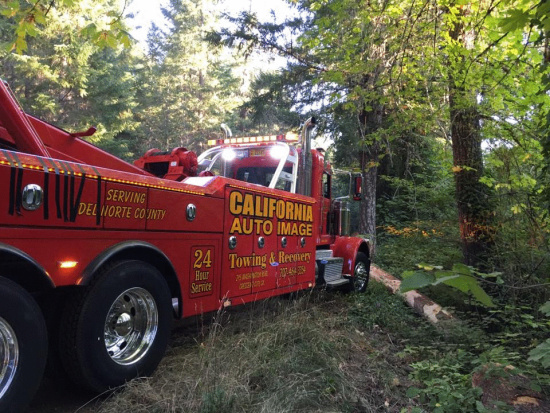 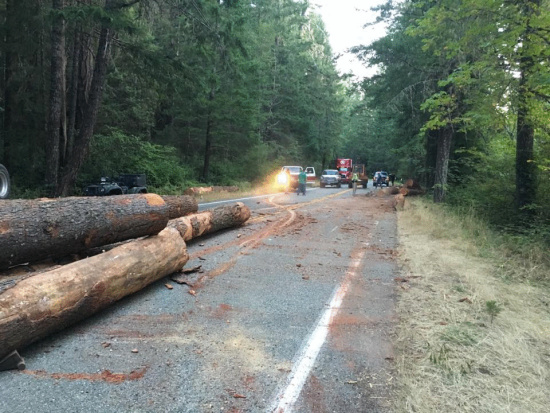