Forget About That Trip to Fern Canyon, an ‘Unstable and Impassable’ Landslide is Blocking Vehicle Traffic on Davison Road » 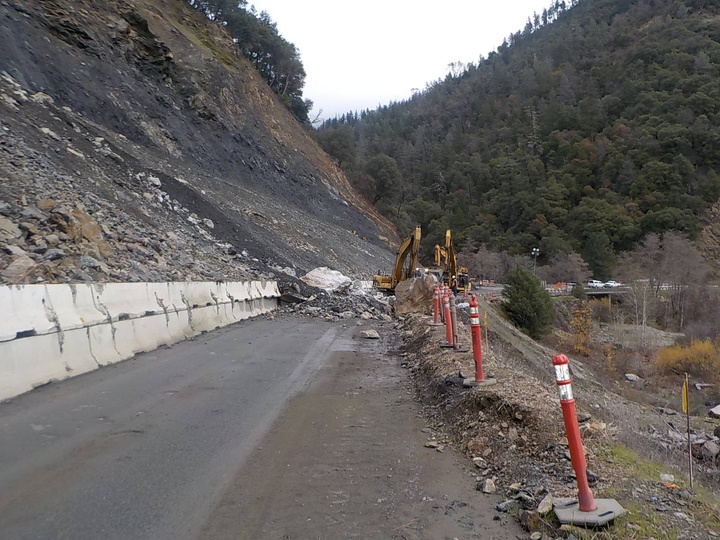 That rock slide at Big French Creek between Willow Creek and Weaverville really did a number on poor ol’ Highway 299. Direct travel between Humboldt and Redding is off the table until next month, Caltrans says.

During the rockslides about 100 thousand cubic yards of debris fell into the catchment area and onto the road. Caltrans Inspectors and Geologists believe there could still be about 200 thousand more cubic yards on the hill. Due to the constant activity on the hillside, and for the safety of all motorists, Caltrans will construct a temporary detour, approximately 350 feet long, along State Route 299, adjacent to the existing roadway. Due to the construction of the temporary detour, the road will not open to one-way controlled traffic until the week of January 8, 2017. At the same time, Caltrans will be working on removing additional slide material.

Caltrans is recommending motorists use State Routes 20, 36 or Interstate 5 as alternate routes.