« Coastal-Dependent No More? County Looks to Ease Restrictions on Industrial Development Around the Bay

Gravitational Waves: One of the Minds Behind ‘the Scientific Discovery of the Century’ Came From HSU 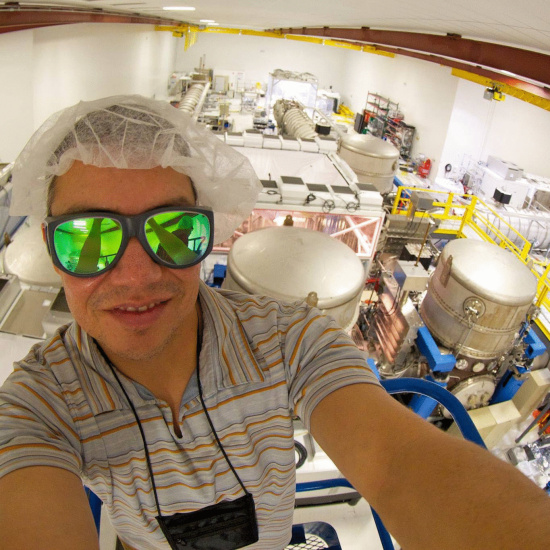 Humboldt State University just got something extra cool to brag about: One of the minds  behind “the scientific discovery of the century” was shaped up there, at our little university on the hill. Corey Gray earned dual bachelor’s degrees at HSU — in physics and applied mathematics — before landing a job at Caltech and going to work at the Washington observatory lab for LIGO, home of the scientists who yesterday announced that they’d detected gravitational waves. The discovery set off something of a media frenzy.

“It’s been a crazy morning,” Gray said by phone yesterday before quickly remembering that it was actually close to 4 p.m. “Or a crazy day!” he said, correcting himself with a chuckle.

Gray is a lead operator at the Hanford, Washington, observatory lab of LIGO, short for Laser Interferometer Gravitational-Wave Observatory. This observatory, along with one just like it in Livingston, Louisiana, allowed scientists to record the sound of two black holes colliding roughly 1.3 billion years ago.

This is a very big deal in the world of science, a discovery that validates Albert Einstein’s final prediction about his general theory of relativity and opens up an entirely new field of astronomy. The New York Times phrased it poetically, saying “scientists have finally tapped into the deepest register of physical reality, where the weirdest and wildest implications of Einstein’s universe become manifest.”

In the video below, the Times explains the basic science behind this discovery:

Gray went to work at LIGO in the late 1990s, helping to build the seismic isolation system for LIGO’s hypersensitive L-shaped antennas, or “interferometers,” where lasers shoot back and forth through legs measuring 2.5 miles apiece. The system Gray helped assemble “acts like the shock absorbers for the machine,” he explained. The thick glass mirrors inside are the most important element. “We want those to basically float, so they’re mounted on tables that seismically isolate them from the ground,” Gray said.

Once the machines were built, Gray and his fellow scientists began running them and gathering data. “These data runs vary [in length],” Gray said. “Some were a few weeks. One was, I think, two years straight.”

The initial phase of LIGO lasted until 2010. A new interferometer came online last September, ushering in what scientists call “advanced LIGO,” which features much finer-tuned instrumentation. On Sept. 13, Gray worked as a lead operator from 4 p.m. to midnight, leading a team of nine as they helped to get the machine ready for its first run. The woman who came in to spell Gray around 2 a.m. “clicked the button to take [the machine] to observation mode,” Gray said.

Data from the machines was sent out to scientists around the world. On Sept. 14, about a week after the machine was turned on, a pair of scientists at the Albert Einstein Institute in Germany detected the gravitational waves. But the discovery was kept quiet. The entire LIGO team was sworn to secrecy for months while the data was verified. 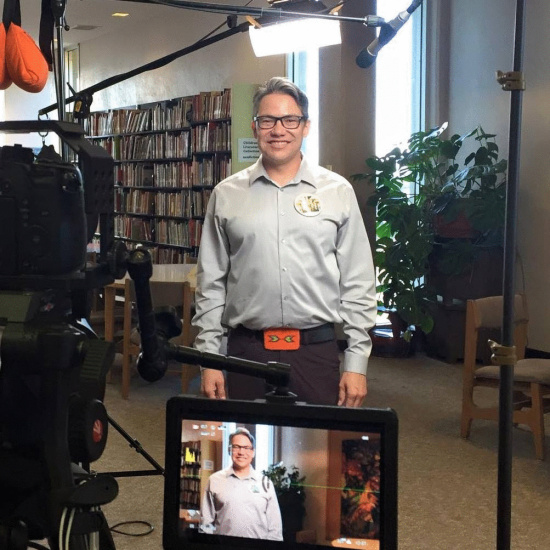 Younger scientists were confident that advanced LIGO, which had improved sensitivity by a factor of 10 over the previous technology, had indeed captured this historic event. But more seasoned scientists like Gray were skeptical.

“For old timers like me, especially the physicists … we didn’t believe it could be an actual event,” Gray said. “We thought it must have been us.” Human interference causing a false positive, in other words.

But it checked out. The gravitational waves were captured on both machines — in Washington and Louisiana.

Before the discovery was announced, Gray came to HSU as a keynote speaker for American Indian College Motivation Day. Half Siksikáwa Indian and half Scottish, Gray told the Outpost he was “like a normal college kid” when he came to Humboldt in 1997. He knew he liked science, though it took him a year to narrow his focus to physics. And like most other college students, Gray got painfully homesick.

“I remember vividly being in Cypress Hall at a point where I was crying; I wanted to call my mom; I wanted go home,” he said. But then he discovered HSU’s Indian Natural Resource Sciences & Engineering Program, or INRSEP. “They were my family while I was there,” Gray said. “There’s not enough I could say about them and how they helped me stay in school.”

When Gray returned to HSU last November, he and the rest of the LIGO team were sitting on the biggest secret in the scientific world. “I was there to inspire these kids, and I gave a talk,” Gray said. “I so much wanted to tell them, but I couldn’t.”

When the news finally broke yesterday, Gray was able to take a step back and (if you’ll pardon the pun) consider the gravity of the discovery. “It’s just a trip to think about those days in Humboldt to today, that arc,” Gray said. When he and his fellow scientists got the email confirming the discovery, it changed everything. He realized that his work was tied directly to Einstein’s general theory of relativity. “That’s just a total honor,” Gray said. “It’s a trip being a part of history like that.” 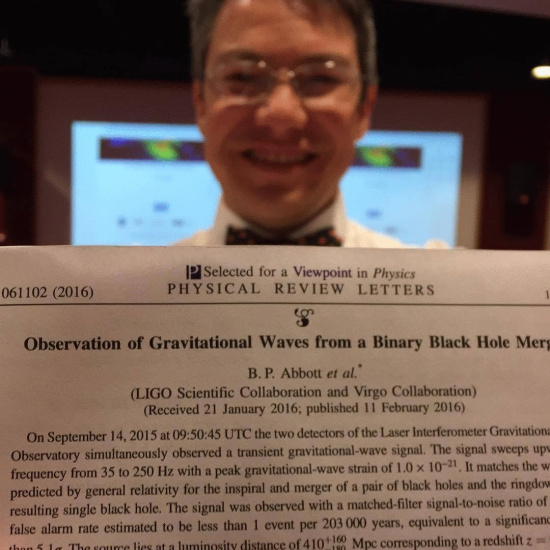