GROWING OLD UNGRACEFULLY: Me and the Washing Machine »

LETTER FROM PRAGUE: The Jesus Age 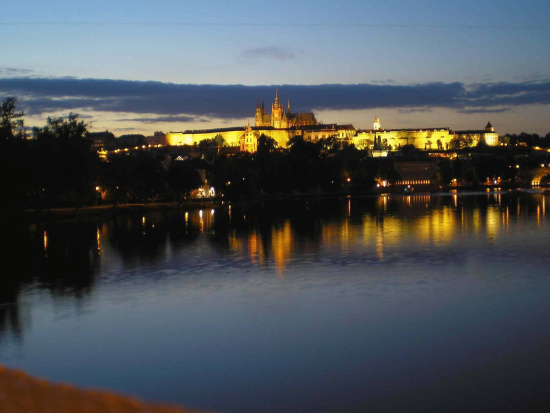 Shall we have a little weed tale this week? Well, let us spark it up, then.

We’re in Prague, and it is autumn, some 10 years ago. I’d only been in the city a few weeks, and was still settling in. Coming from Northern California, it was worlds away. The heart of Europe, Bohemia, the former Eastern bloc, call it what you will. Prague, the Golden City.

On this particular evening, I was celebrating my 33rd birthday: the Jesus Age.

So that evening, I set out for Old Town Square. Like most newcomers to Prague, I found Old Town was the easiest place to start. The square was crowded, as it always is at the weekend. In front of the George and Dragon Pub, groups of English men, stag parties, were already well into their pints and watching the football. “ENG-LAND! ENG-LAND!” they chanted.

The pricey restaurants were also full of tourists, people wearing heavy coats and scarves and sitting outside, where the brasseries and plates of pork and cabbage, and hot spiced wine, kept everyone warm

In those early days, you were always spellbound by Prague after dark, especially coming from a small, Northern California town. You felt enchanted by the flicker and din of the crowds, gathering around the astronomical clock each hour, the moonlight falling on the cobblestone streets, striking off Tyn Church and the Jan Hus statue. It seemed romance, adventure, mystery were waiting just around the corner.

Now, all I needed was a bit of bud.

“Charlie?” a man asked, skittering by nervously. He was a young, rather disheveled man, with gypsy features.

In those days, “charlie” was a pretty obvious code word – I’d even been put wise to it by a few friends. Old Town was always teeming with these characters, and they were dodgy at best. My friends weren’t coming until later. A wild instinct had led me to my present situation.

Ignoring my better angels, or at least the more street-wise of them, I followed the young man behind the Tyn Church, to a slender side street. We walked far enough until we were out of the main tourist traffic.

I explained what I was looking for, and the young man just kept nodding, no problem, no problem.

In a dark corridor over near the Powder Tower, my companion produced a small pipe. He offered a hit. There was almost nothing in the pipe, but there was the familiar, sticky green taste.

We agreed on a price – it was a little higher than what I had been told to pay, but what the hell? It was my birthday.

“Your birthday? Congratulations!” he said. “Thirty-three? Really? Just like Jesus!”

We were both nervous about the metro cops, so the transaction was done quickly. He wished me a happy birthday again, and disappeared into the shadows.

I decided to take my treat over to a café – somewhere dark – where I could light up and ring in the Jesus Age properly. I slipped into a club near the Charles Bridge, a place I had been with some friends the weekend before. Or so I thought. As I sat down, my eyes getting used to the dim atmosphere, I noticed it was a different place altogether.

Up on the stage, a young Ukranian woman was stripping to some techno music. She was really good looking, a tall, lean brunette, so I stayed for awhile and watched her dance. When the song ended, the girl left the stage and another one, this girl equally hot (a blonde this time) took her place.

I decided to stay for a while. Maybe this was all some kind of surprise gift from the gods!

As the music and dancing went on, I ordered a beer, settled into a quiet booth and laid the goods out on the table. I was enjoying the evening, and being in Prague. Boy, this sure beat sneaking pipe hits at the Shanty …

But something was wrong. I knew it as soon as I opened the bag.

It was filled with ordinary tobacco: The bastard had got me with the bait-and-switch. I know, why hadn’t I checked? Well, it was bit dark, and the stuff he’d smoked with me was OK – plus, remember, I was still used to the familiar, communal pot culture of Northern Cal.

The bait- and- switch: damn it, how could I have fallen for the old bait-and- switch? Especially on my birthday … the Jesus Age, doesn’t that count for something?

“You’re not ripping me off!” I said, shouting in the streets. “You’re ripping off Jesus!”

A half hour passed. My friends texted. They were over at the Marquis de Sade, pre-gaming with pints of Pilsner Urquell. My friends all heard about what happened, and they got a good laugh out of it.

“Ah, it’s not easy,” said Martin, an Irishman with a roguish grin. “Even ol’ Jesus had it rough on his 33rd. Here, have a Jagermeister instead.”

We migrated over to Nebe, then much,much later, over to Le Clan and Studio, and didn’t get home until sometime after dawn.

I might have forgotten the whole incident, except the following weekend, we were again having drinks at Marquis de Sade. Presently, the manager came over and asked to speak with me. A little bewildered, I followed the woman to a room behind the bar.

“Do you know this man?” she asked, pointing at an image frozen on a security camera.

“What?”
“Here, let me play it back,” she said. She rewound the tape a little. It showed some young women sitting at one of the tables. Suddenly, a young man passed the table, and the footage showed him clearly nicking one of the women’s purses. The bar was crowded, and nobody appeared to notice.

“Do you know him?” the woman asked. “Because some people said you knew him.”
Wait, I did know him. Looking closer, it was startling. The same disheveled appearance, the stooped shoulders, the gypsy-like features. Even the white coat was the same. It was the same guy who’d ripped me off on my birthday.

“It’s hard to tell in the picture,” I said, feeling a bit embarrassed. “Wait, yes – he was trying to sell people weed outside the bar the other night!”

“Oh, I see.” The barwoman said. “Yes, other people said he was a drug dealer as well. Have you seen him since that night?”
“No.”

Believe it or not, I did see him one more time. This was a few weeks later, just after the New Year. I was walking near Vaclavske Namesti, on my way to a meeting at The Prague Post. Then, just as I went to turn the corner onto Stepanska Street, there he was! Walking, as casual as you pleased, in broad daylight. He even had the same clothes on! I doubt if he had any other clothes.

“You!” I yelled, thrusting an accusatory finger.

He turned; something flashed briefly in his face, and I thought he would bolt. But he didn’t. Instead, he turned and continued walking, albeit slightly faster.

“You!” I shouted again, breaking into a fast, charging stride.

“What do you want?” he asked, turning quickly.

“You ripped me off!” I shouted, purposefully loud enough for any passersby to hear. I worried he might have a knife or something.

“Wha-at?” the young man appeared in a daze. He had a black eye, and his hair was all bedraggled, like he’d spent the night in a bush.

He seemed worried, about a lot of things. I was just the latest.

I don’t know. For some reason, I just watched him as he walked away in the snow, with those dirty, disheveled clothes, stooped shoulders and ragged hair. He scarcely even looked back, and soon was absorbed by the crowd.

What can you do? Let it go. Isn’t that what Jesus would have done anyway?

James Tressler is a writer and teacher living in Istanbul.