« LETTER FROM PRAGUE: The Jesus Age

GROWING OLD UNGRACEFULLY: Me and the Washing Machine 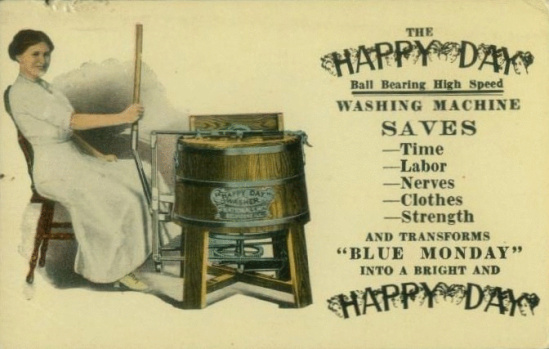 Washing machines, in my limited experience, have minds of their own. They wait to break down just at the worst possible times. Fortunately, this doesn’t happen frequently, but when it does…

Ours broke down the day we planned to leave on our odyssey. I’m not superstitious—really I’m not—and as omens go, a broken washing machine doesn’t sound that ominous. If the gods had been trying to warn us of dangers ahead, at the least they’d have sent a cock to crow three times at midnight. It was a downer, nonetheless. After months of planning and packing and sorting and trashing and cleaning and painting, we were so ready to just leave. A balky washing machine at that point just wasn’t fair. It would have been like Usain Bolt feeling his shorts rip as he crouched down at the start of the 100-metre Olympics final. 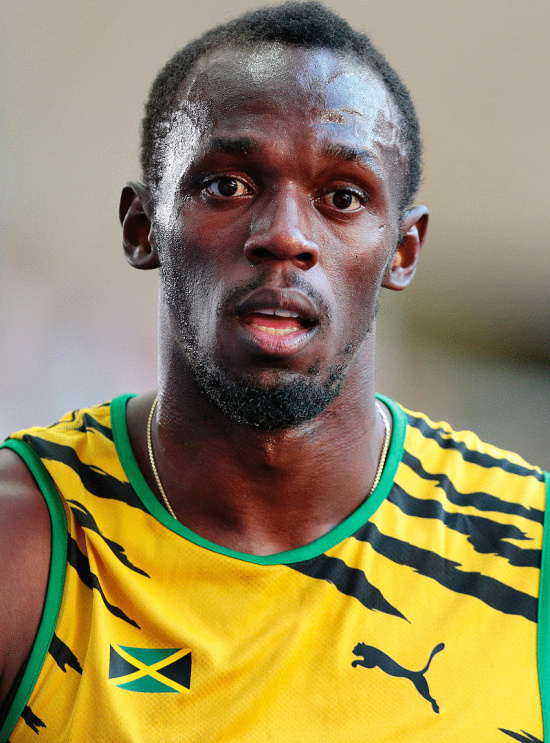 I spent a frustrating morning with the machine, which in human terms must have been at least 100 years old, poking and pulling at its mysterious innards as it sat indecorously upside down on our deck. Like many men my age, I have a history with washing machines, and the outcome of this particular effort was no different: failure. I don’t believe that it’s possible, in an existentialist, absolute sense, to waste time, but fruitless washing-machine-tinkering comes awfully close.

My friend Bob – Bob from my years in New Zealand long ago and faraway – once said that anything someone had put together could be taken apart, fixed and rebuilt by anyone possessing reasonable intelligence and tenacity. But that was in the days when you fixed a broken TV by testing all 15 of its vacuum tubes, replacing the one that didn’t pass; when stripping down a carburetor and cleaning the jets made for a pleasant afternoon. No longer. I don’t think Bob would be so sanguine today. (Actually, old washing machines have always come close to the unfixable. Years of assault by tiny leaks of hot water rust and clog and corrode their inscrutable parts.)

After two or three hours of unrequited messing with our venerable machine, I decided it was time to check Fry’s. 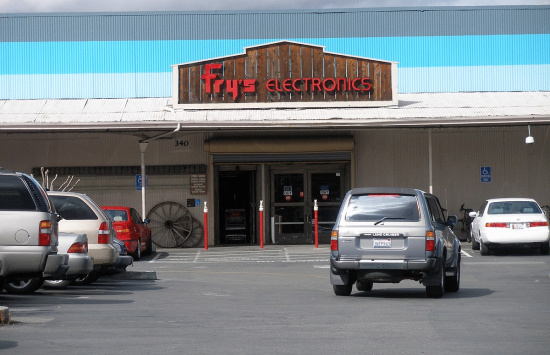 To say that Fry’s is a computer and appliance shop is like saying that Mr. Bolt is a pretty good jogger. The original Fry’s Electronics, a handy six blocks from our former home, has acres – literally! – of the latest and greatest electronic gizmos and gadgets to engage one’s senses and wallets. Most of what Fry’s carries is not, I suppose, essential to one’s well-being and happiness; humanity somehow got by without smartphones and plasma TVs and wristband fitness trackers, but appliances are different. Sometime in the last couple of generations, they crept into the “necessities” column.

It wasn’t always so. In my childhood kitchen, Monday mornings are memorialized in my memory by billows of steam, as clothes and linens were literally boiled clean atop our gas stove. Eventually, though, even my frugal Mum finally agreed that a washing machine might be nice. (She even agreed that a fridge might be OK, although it was well into the 1960s that either appeared at home.)

At Fry’s, we were pleasantly surprised to learn that less than three hundred bucks would buy a new, perfectly respectable washing machine. How do they (South Koreans in this case) do it? Don’t ask, don’t inquire about minimum wage or pollution in that distant land, just hand over your Visa card.

“It will cost you another $50 to deliver the machine and dispose of your old one,” the jovial East Indian salesman told us in his precise, clipped English. “We’ll pass, thanks.” “But sir, how will you convey it to your home? It is very heavy.” “My wife is very strong,” I said, straight faced.

He wagged his head from side to side in that lovely “as you wish” Indian gesture and disappeared into a back room to take care of the paperwork. Louisa stayed while I cycled home and walked over to our neighbor’s yard. “OK if I borrow Caleb’s dolly?” I asked Carla. Caleb is a builder, and for him, having a heavy-duty dolly handy is like most of us having a pen around the house.

Wheeling the fridge from Fry’s to our home was simple, even joyful, so long as I kept the weight balanced. Carla passed us in her station wagon with a cheerful, “Keep on trucking!” A wee bit of maneuvering to get the machine up the steps (my wife really is strong), and the job was nearly done. Red-tagged hose for hot, blue for cold, and Bob’s Your Uncle. Let our tenants complain about that!

Saying a word of thanks to our old washing machine (en route to the dump, courtesy again of our good neighbor) for breaking down on the day we left, not the day after, we set off.