« HSU President to Students: If Faculty Strikes, School’s Not Canceled 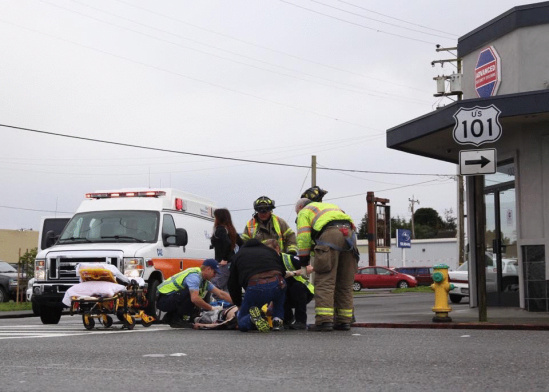 UPDATE, 4:02 p.m.: Brittany Powell of the Eureka Police Department confirms that the pedestrian — a man — suffered a major head injury.

The driver of the car involved, Powell said, stayed on the scene. No arrests were made.

UPDATE, 3:45 p.m.: The victim has been taken to the hospital. We have no information on his or her condition.

Sgt. Patrick O’Neill tells the Outpost that the California Highway Patrol is en route, and will be leading the investigation into this case, since it technically took place on Highway 101.

A pedestrian has suffered what one paramedic described as a “massive head injury” after being struck by a vehicle on Eureka’s Fourth Street, near the intersection of O.

Two lanes of Fourth are currently blocked. One is open. 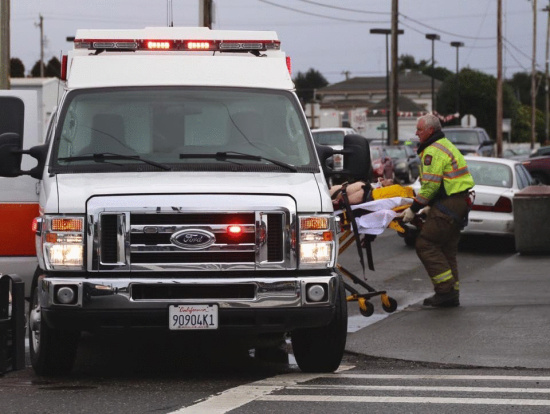 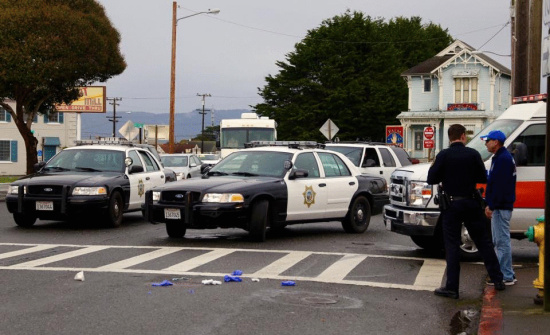