« Have You Heard of This ‘American Pickers’ Show? Well You Could Be on It, Humboldt! 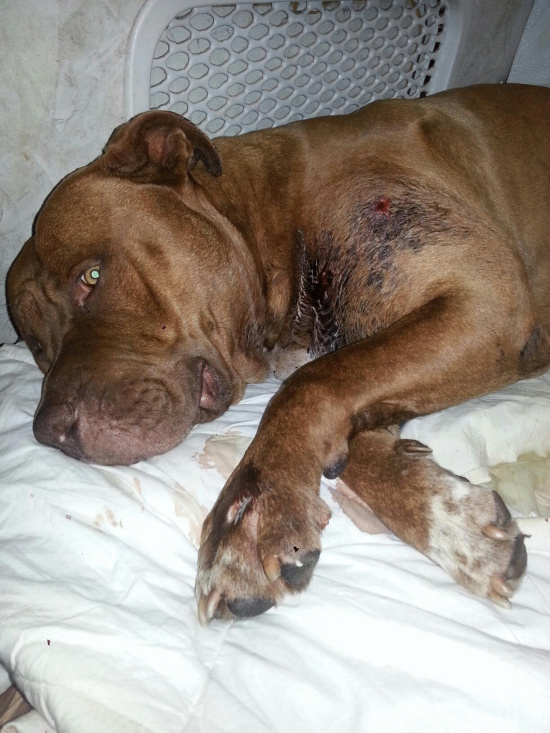 At about 10 o’clock Saturday night, the Eureka Police Department was called to the 2900 block of Union Street, between Harris and Henderson. A caller had told dispatchers that there were loose dogs in the neighborhood, acting aggressively.

Police officers went to meet the neighbor who had called police. According to the official report later written by the officers, the dogs lunged at them twice and attempted to bite a civilian. The latter happened while police were interviewing the neighbor, in the neighbor’s yard, Powell said.

When one of the dogs made a move to bite the neighbor, according to the police report, one of the officers opened fire on it, striking it multiple times. The dog survived and, with its colleagues, ran through a hole in the fence, back into its own yard.

That’s where it met the dog’s owner – a construction worker who wished to go only by his given name, “Juan Manuel.” Juan Manuel was sitting in his house with his young daughter and a nephew when he heard the shots. As he ran out, the dogs came running through the yard toward the house, one of them – a three-year-old pit bull/mastiff named “Tigre” – shot and bleeding. Only then did he learn that his dogs had been loose.

Juan Manuel – who speaks little English – takes issue with much of what is said in the official police account of what happened Saturday evening. While he did not witness the shooting, he does not believe that Tigre, who through veterinary surgery and an extraordinary amount of luck survived his encounter with the police, could have acted in a menacing manner to police or neighbors. Tigre is a very gentle dog, he said. Also, he says that Tigre’s wounds tell him that the dog was shot while fleeing police.

But the first thing he doesn’t understand is why no one just came to tell him his dog was loose.

“Why didn’t they come say to me, ‘Hey, your dog is at your neighbor’s house, come get him?’” he asked the Outpost this morning, in Spanish. “Instead, they shot.”

When he discovered that the dog had been shot, Juan Manuel said, he and his family attempted to calm the children, who started crying inconsolably, and ran Tigre to the animal hospital, where they treated four wounds to the animal’s head, paw, back and torso. After $1,300 worth of care, Tigre was released and is now convalescing at the family home. In the meanwhile, Juan Manuel gathered the shells from the shots fired by police – eight in total – and boarded up the hole in the fence where the dogs had escaped.

Reached this morning for a follow-up interview, Eureka Police Chief Andy Mills told the Outpost that the department is conducting an internal investigation into the matter, as they do any time an EPD officer discharges a weapon on duty. But Mills said that the initial police report, filed by the officers at the scene, says that after the officer initially fired, the dog went down. The officer paused to assess the situation, at which point, according to the report, the dog rose and lunged as if to attack again. The officer then resumed firing, after which the dog turned tail and ran. 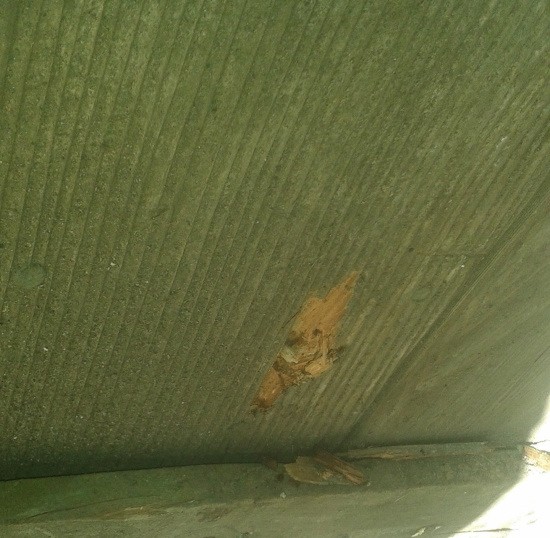 Bullet hole in the fence near where the dogs escaped Saturday.

This morning, Juan Manuel tore off the board he had nailed to the fence to plug the hole. There were two bullet holes on pickets immediately next to the hole in the fence where the dogs had entered and exited the yard Saturday night, at about dog-level. If version of events in the police report are correct, the stray bullets fired by the officer from yards away, while the dog was attacking, by coincidence happened to travel at precisely the angle that led to the hole in the fence. If Juan Manuel’s reconstruction of the events is correct, the officer was firing at the dog while they were running toward or through the hole.

Mills said that as part of its internal investigation, a sergeant will be interviewing Tigre’s owners and their neighbors in an attempt to determine if the dog has frequently been loose and/or aggressive. (Juan Manuel admits that his dogs have gotten loose before.) The main point of the investigation, Mills said, is to determine whether the officer acted properly, given the circumstances, and whether anything might be done differently in such cases in the future.

“We’ll go to any extent possible not to use force on an animal, just as we would for a human being,” Mills said.

At the same time, he added, loose dogs are more of a problem in Eureka than many people might realize. Recently, he said, Capt. Brian Stephens intervened in an animal control case, allowing residents to keep a loose dog after they promised to keep it secure. The dog, Mills said, later got loose again and attacked a child.

Juan Manuel said that he’s not certain what to do next, or whether to do anything at all. He said that he has a friend who is a police officer, and who he will ask for advice. Tigre is up and walking around, with a baggie on his wounded paw, and is expected to recover fully, though one of the bullets that struck it is still in its body, underneath the skin. 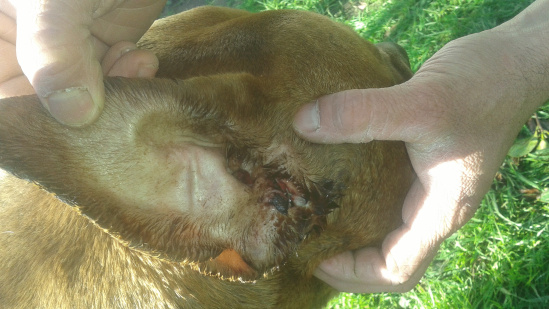 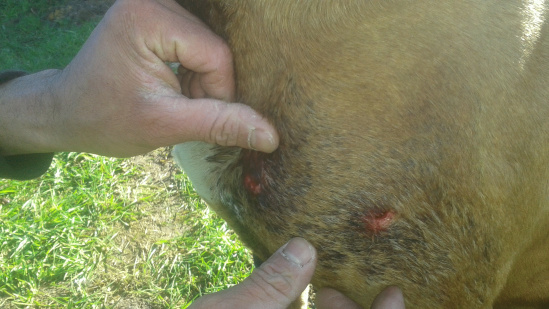 Two of Tigre’s wounds — through the ear and a leg.