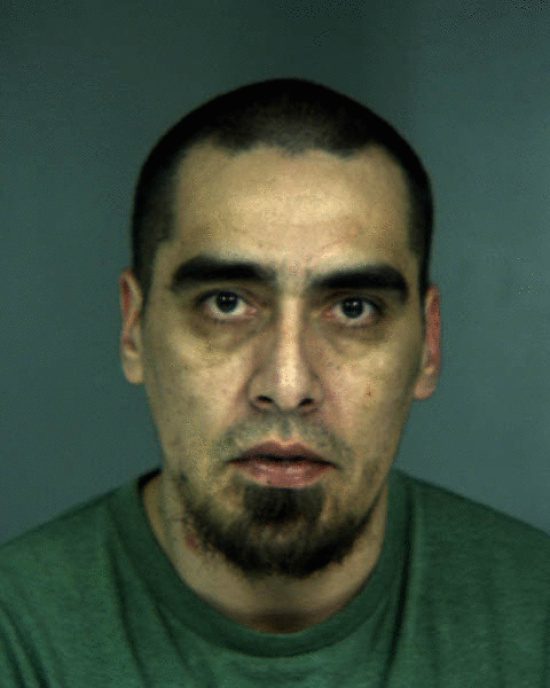 The vehicle yielded to the shoulder of the road, and the Deputy made a driver side approach to the vehicle. As the Deputy approached the driver side door, the vehicle rapidly accelerated away. The Deputy was attempting to retreat back to his patrol vehicle when he observed the fleeing vehicle had turned completely around and was travelling toward him at a high rate of speed.

The Deputy was narrowly able to escape being struck by the fleeing vehicle as it passed by within only a few feet of him. The Deputy attempted to follow the vehicle, but discontinued his efforts a short time later when he lost sight of it

While leaving the area, the Deputy received information from Yurok Tribal Police, who indicated that same vehicle had recently fled from one of their Officers. During that previous incident, the Officer was able to identify the driver as, Charles A. McCovey, age 40, of Hoopa, Ca.

Sheriff’s Deputies were able to locate a residence for McCovey, and when they arrived they located the vehicle that had just fled from them. They also saw a male subject running from the driver side of that vehicle, into the nearby residence. Deputies eventually located the subject hiding in the backyard area of the residence. The Deputy was able to identify the male subject as the same male who was operating the vehicle which fled from him earlier. The male was formally identified as Charles A. McCovey.

While arresting Charles A. McCovey, another male subject exited the residence to protest the arrest. That male was identified as Justin McCovey, age 31 , of Hoopa, Ca. Deputies learned Justin McCovey had multiple outstanding warrants for his arrest. He was also arrested.