LETTER FROM ISTANBUL: The Trump Card » 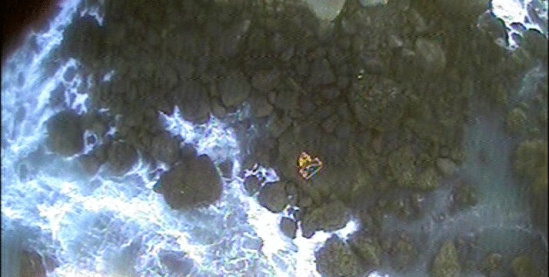 At approximately 4:30 p.m., watchstanders at Coast Guard Sector Humboldt Bay received a call from a person ashore stating his friends needed assistance and were stranded on Camel Rock.

A Coast Guard MH-65 helicopter aircrew was launched from Sector Humboldt Bay and within minutes were on scene at Camel Rock, approximately one-quarter mile offshore. They discovered two distressed surfers needing assistance. The rescue swimmer was lowered to the surfers to determine their condition.

Once initial assessments were complete, the surfers were hoisted to the helicopter and brought ashore to awaiting EMS at Arcata-Eureka Airport in stable condition.

“This was a great case highlighting the value of using crew resource management with a total team effort,” said Lt. Cmdr. Karyn Forsyth, aircraft commander, Sector Humboldt Bay. “Our challenging training program at Sector Humboldt Bay made our crew more confident that we could safely accomplish the demanding hoisting evolutions.”