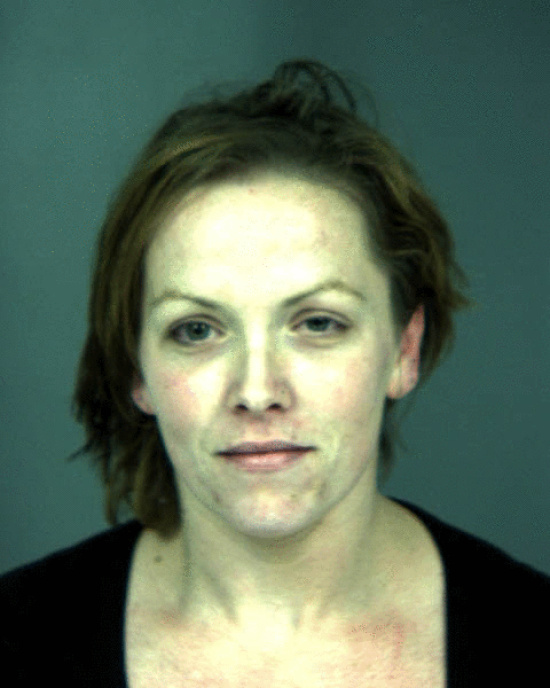 On Sunday, January 31, 2016, a Humboldt County Deputy Sheriff conducted a consensual encounter with two subjects leaving a problem house on Jersey Avenue in Eureka, CA. The deputy contacted the subjects in the area of the 3600 block of Pennsylvania Avenue. One subject was 27 year old Ashlee Page and the other subject was 46 year old David Cooper. Both subjects were on probation and had bookable misdemeanor warrants. The deputy arrested both subjects and searched them incident to arrest. Mail was located belonging to two residents who live near the vicinity of Pennsylvania Avenue. The mail was in Page’s backpack. The mail was seized as evidence for further investigation.

On Monday, February 1, 2016, deputies were dispatched to a suspicious circumstances call near the 3500 block of Walnut Drive. It was reported two people on bikes were slowly riding through the area. Upon arrival deputies again contacted Ashlee Page. Ashlee was detained and searched per her probation terms. In her backpack, deputies located more mail belonging to approximately eight different addresses in the vicinity of Walnut Drive in Cutten, where the deputies contacted her. The mail was seized as evidence.

On Tuesday, February 2, 2016, deputies conducted a probation search of Page’s residence located on the 2200 block of Hillcrest in Eureka. Deputies located a clear zippered bag with mail inside of it in Page’s bedroom. The mail did not belong to Page, but to approximately 60-70 different residences (people). Most of the mail was from Eureka but there was also mail from Mckinleyville and Arcata. There were W-2’s, credit cards, ID’s, checks, and other miscellaneous mail.

A warrant request has been submitted to the Humboldt County District Attorney’s Office for the arrest of Ashlee Page for mail theft.

A Community Service Officer later attempted to return the mail to the appropriate residences. The residents not home had their mail dropped off at the local post office and should be receiving their mail soon.