Bohn, Swearengin Get Behind DUF SUNDHEIM For Senate — the Kamala-Slayer! » 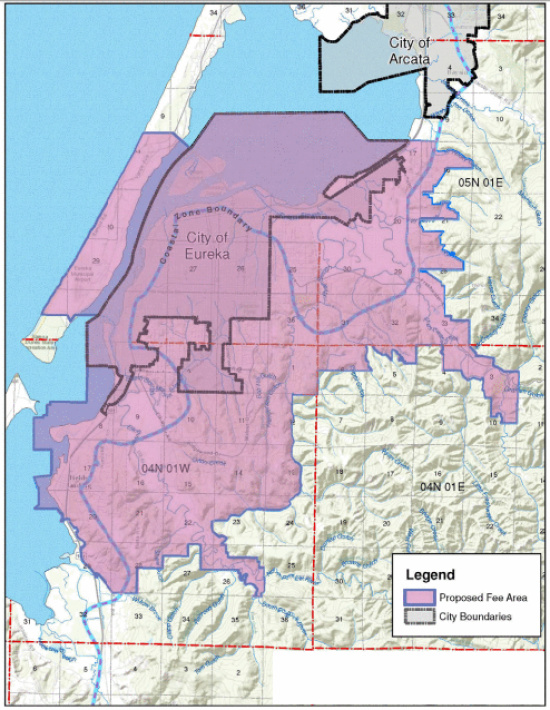 The governing bodies of Eureka and Humboldt County have been in a collaborative mood of late, and now they’re coming together to implement a traffic impact fee to be imposed for new development in and around the city. The idea is to charge developers one-time fees before issuing building permits, with the revenue going toward future street system improvements.

A public meeting will be held today at 2 p.m. at the Humboldt Community Services District Office, 5055 Walnut Drive in Eureka.

The fee was first suggested in the county’s 1995 Eureka Community Plan, said Robert Bronkall, deputy director of the county’s Public Works Department, Land Use Division. The City of Eureka also called for such a fee in connection with its massive sewer system upgrade, called the Martin Slough Interceptor Project.

The county hired Bay Area transportation consulting firm TJKM to prepare an informational report on the proposed traffic fee. In that report, the firm suggests the following interim fee schedule for new development in the greater Eureka area: 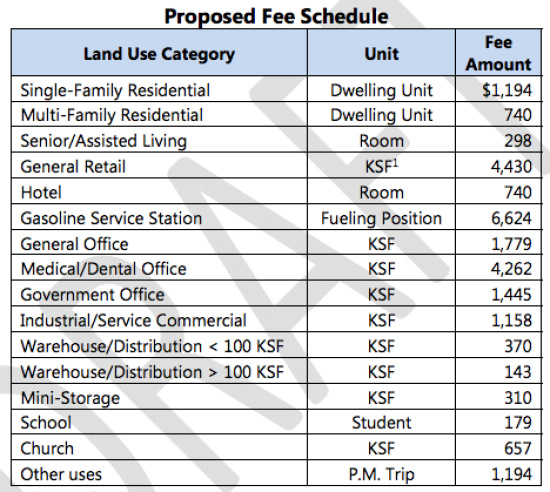 Why should developers be required to pay such fees? Well, TJKM notes that state law allows for charges on new development as long as the fees “bear a reasonable relationship to the needs created by, and the benefits accruing to, that development.”

The fees won’t apply to remodeling or repairing existing structures. “If you already have something that’s broken, you can’t use this [revenue] to fix it,” Bronkall said.

He noted that builders and realtors are less than enthused about new fees.

“The development community believes that the housing market is already expensive and this just makes it that much less affordable for people to buy homes,” Bronkall said. But the City of Eureka already called for the fee in no uncertain terms, requiring payments to the “circulation improvement fund” before allowing new connections to the Martin Slough Interceptor wastewater system.

Today’s meeting represents the public rollout of the city and county’s first efforts at implementing these fees.

We just want to make sure people are aware that this fee is being prepared, and It will be presented to Humboldt County Board of Supervisors and the Eureka City Council at later date,” Bronkall said. He added that the public’s involvement early in the process will help the city and county address their concerns and possibly modify the program before it’s presented to each legislative body.

If you can’t make it to today’s meeting, don’t sweat it.

The City and County are accepting comments on the proposed fee until Feb. 26 at 5 p.m. You can direct written comments to both:

And here’s the TJKM report: