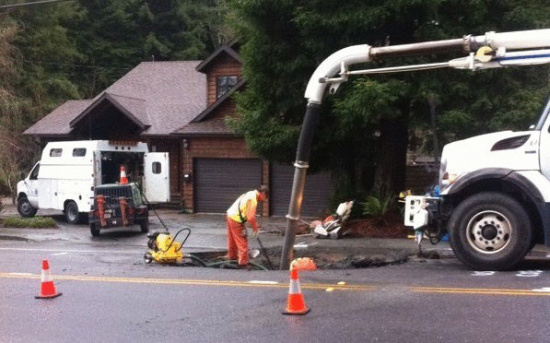 A giant hole opened up in Buhne Street this morning, after a water main running underneath it burst. Traffic is going to be impacted along that street for a good long while.

Reached this morning, an employee of the city’s Public Works Department told the Outpost that water is off along the Buhne corridor between F and Dean Streets — nearly to the hospital —  and is expected to remain off for the next several hours. S Street is also one-way at that intersection.

Buhne is down to one lane and workers attempt to fix the main. There is no word yet on how long the street will remain partially closed, but as the above photo from KHUM’s Bayley Brown shows, that is one big hole to fix.