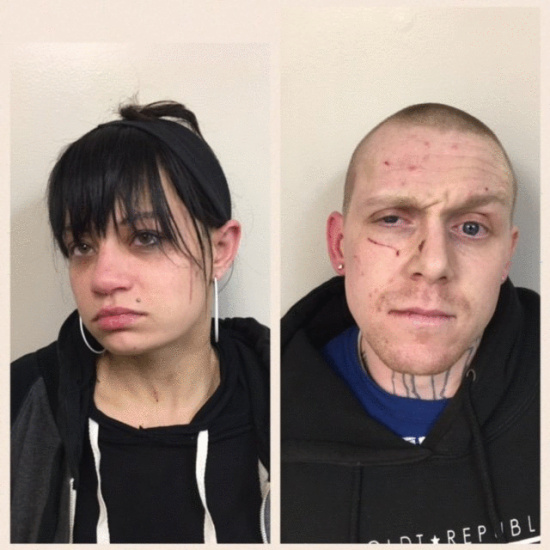 On January 21, 2016 at approximately 7:15 PM, the Fortuna Police Department received a call from a resident in the 3400 block of Renner Drive reporting that she had just arrived home and believed that someone had broken into her residence. Officers responded and upon arrival, determined that several items were missing from the residence.

During the investigation, officers were able to determine that the suspects fled through a nearby field. Officers began checking the area and shortly later located two subjects leaving the campus of a school located in the area of Rohner Street. Officers contacted Latasha Justine Haslam, (age 23 of Eureka) and John David Paul Osborn (age 28 of Eureka). Officers determined that Haslam had a bench warrant for motor vehicle theft and was on probation for petty theft and trespassing. Officers also determined that Osborn was on probation for burglary and possession of stolen property.

Upon further investigation, both Haslam and Osborn were found to have property belonging to the victim in their possession.

Both Haslam and Osborn were booked into the Humboldt County Correctional Facility.

Haslam was booked on the following charges:

Osborn was booked on the following charges: