Car Plows Through Building at the Fourth Street/Broadway Turn 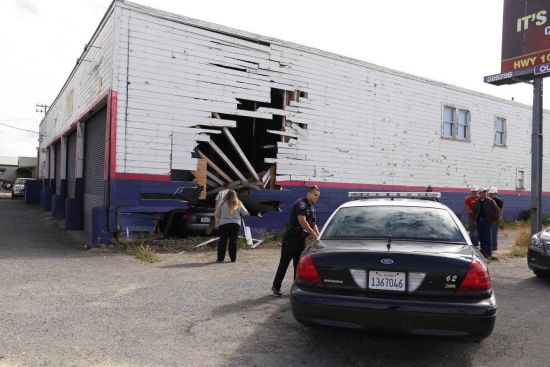 A driver crusing down Fourth Street failed to make the turn onto Broadway a few moments ago, plunging his sedan into the side of — a well into — the building at the corner, there.

Officer Tim Jones of the Eureka Police Department, who is investigating the crash, told the Outpost that witnesses reported that the vehicle was racing another car. Speed was a factor in the crash, he said.

No one was injured.

Dennis Moore, the building owner, says Caltrans raised the speed on this corner from 15 to 20 mph in the last year. Moore said that in his opinion, this was “stupid.” 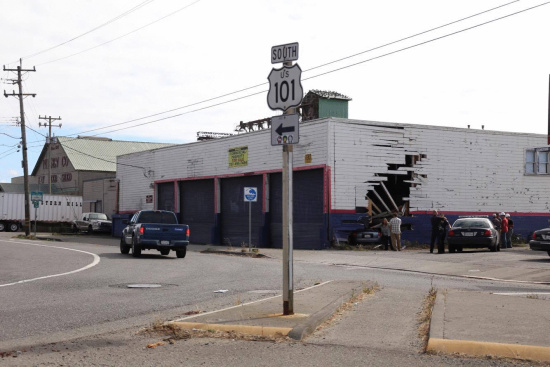 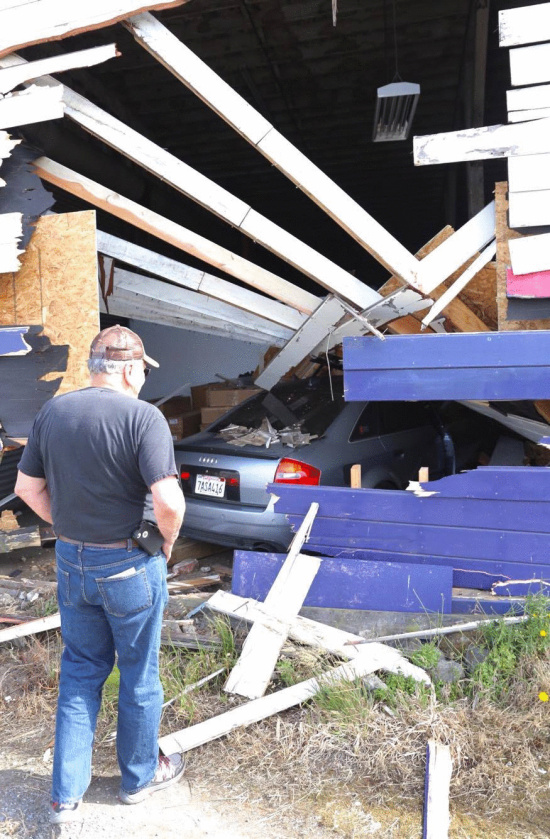 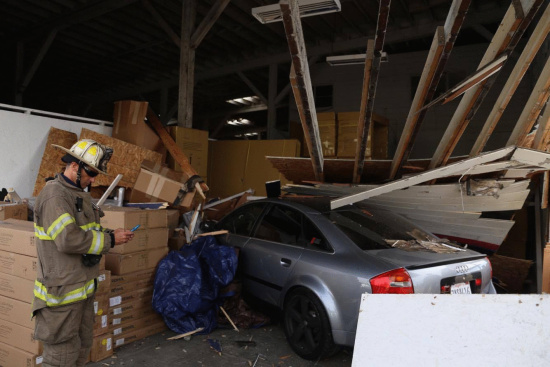 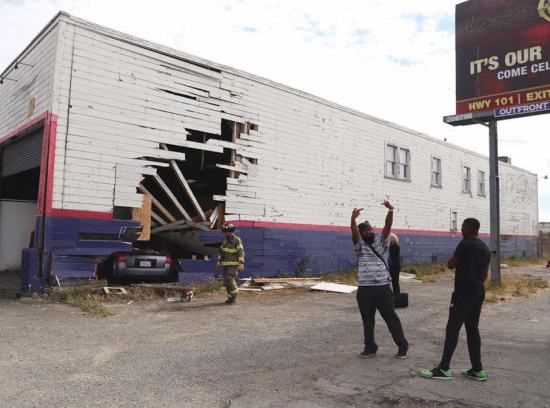