CDFW: Poacher Shoots Deer in the Back on Elk River Road

On 7-29-16, Wildlife Officers from the California Department of Fish and Wildlife responded to the 6400 Block of Elk River Road to investigate the report of a deer poaching incident. With the help of concerned citizens, Wildlife Officers found this large male deer that had been shot through the back. This gunshot caused a traumatic injury to the deer’s spinal column and paralyzed the deer but did not kill it. Due to the grave injuries the deer sustained it was euthanized. Wildlife Officers found evidence that confirmed the deer was illegally shot with a high power rifle and several neighbors reported hearing shooting in the early morning hours along Elk River Road.

The Department of Fish and Wildlife asks that anyone who has any information regarding this crime or other poaching incidents to contact Wildlife Officer Matt Wells at 707.445.6493 or use the statewide poaching tip hotline (CALTIP) at 1.888.334.2258. 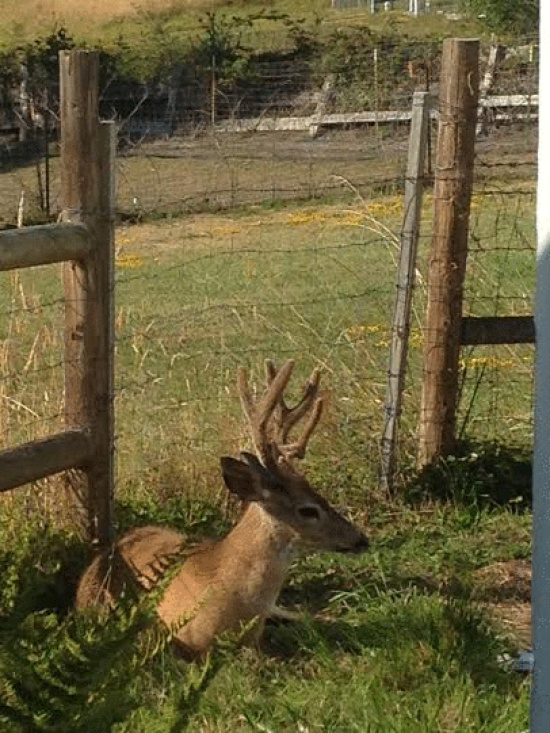 The deer before it was euthanized. Photo provided by the CDFW.