« CDFW: Poacher Shoots Deer in the Back on Elk River Road 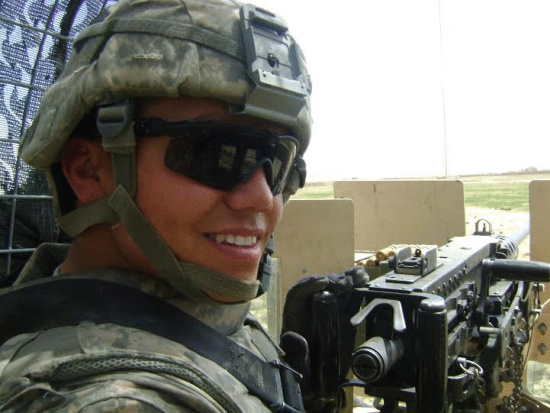 Bishop Pagoy Littlefeather-Rivas was born January 27th, 1987 to Juliene Marie McCovey and Don Littlefeather-Rivas. He grew up in Hoopa, CA and spent most of his life there. He and two of his siblings were brought up in the home of his Aunt Phyllis “Aunt Bunny” Robbins and Uncle Ronnie “Rubz” Robbins. Growing up Bishop spent most of his time wrestling, playing football, playing sticks, and participating in his tribe’s traditional dances; in which he loved to sing and we all loved to listen. He had an amazing voice and when he sang in the dances he could bring tears to your eyes. Outside of the dances he also his own songs and he would sing to his family and friends all the time. He loved to make music, hunt, ride dirt bikes, fish, and go eeling. He was a rez raised kid and he excelled in anything that he enjoyed.

When Bishop was 18 years young he became a father, and an amazing one at that. He had since had two more children added to his beautiful family. Bishop was an extremely hardworking man. He did everything he could to provide for his family. Being as such, Bishop joined the army and served his country departing four years later with the rank of Sergeant. While in the army he was assigned to the Geronimo 1/501st parachute infantry as well as the 25th infantry division, and attended Army Ranger School and the US Army Sniper Course. He was also trained to be an EMT and first responder. He was a BAMF to say the least.

After the Army Bishop moved back to Hoopa to raise his family. Life wasn’t always easy but he kept a smile on his face and confidence in his voice. Over the past few years he had quite a few jobs. He was the type of man who had to stay busy. He was a member of the Natives firefighting crew for a few summers, continuing to be a BAMF. He also did a lot of work with TCCC and AmeriCorps. Between working with them and being in the Army he traveled all over the world and helped numerous people. He assisted in hurricane relief and helped other tribes with restoration projects. Bishop touched a lot of lives and found his way into many hearts everywhere he went.

Overall, Bishop was a family man. His wife and children were the center of his universe. And his family always was and will always be proud of him. He was an outstanding Father, Husband, Brother, Son, Nephew, Friend, and just an all-around outstanding human being. He was kind hearted, thoughtful, respectful, hardworking, loving, caring, and his smile and sense of humor could brighten up the darkest day. He was absolutely beautiful inside and out. And he will be forever missed and will remain held near and dear to so many hearts.

On Tuesday July 26th, 2016 Bishop Pagoy Littlefeather-Rivas began his journey home to the Creator at the young age of 29. He is preceded in death by his grandparents Howard “Edgie” McCovey, Janice Marie Marshall-McCovey, and Manuel Rivas, and Terry Rivas. His aunts Ruthie McCovey McCurdie, Cheryl Lynn McCovey and his uncle Howard Leroy McCovey. And His first cousin Charlene Marie O’Rourke. As well as numerous Aunts, Uncles, Cousins, and Friends.

A wake will be held at the home of Phyllis Robbins on Sunday July 31st, 2016 in the late evening.

Funeral Services will be held Monday August 1st 2016 at the Hoopa Neighborhood Facilities building at 11:00 Am. Bishop will be laid to rest in the Jackson family cemetery alongside his family.