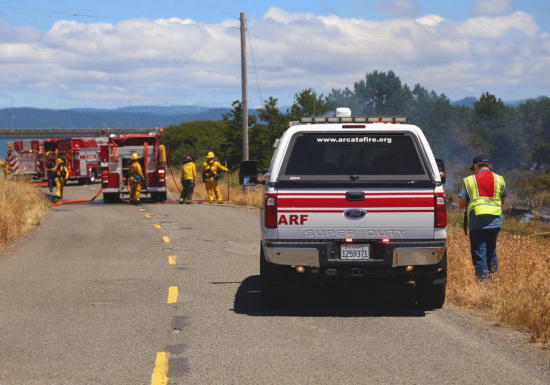 UPDATES, 2:13 p.m.: The fire has been contained. Jenny Williamson of Arcata Fire tells the Outpost that they’re letting it burn down to the water, since there are no structures nearby. Engines are leaving.

Firefighters have not yet determined the cause, Williamson said. 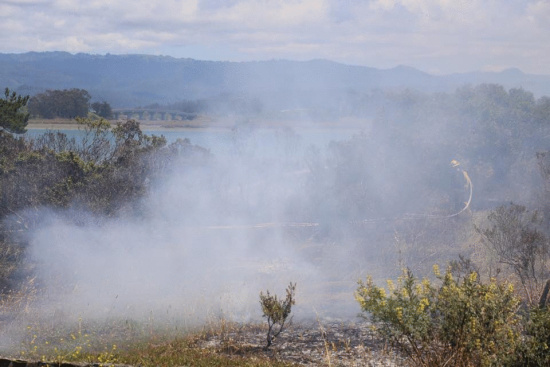 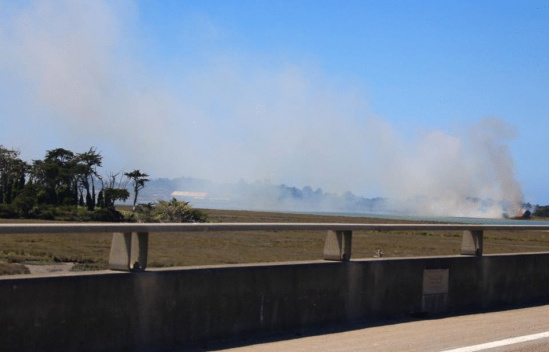 Smoke is pouring across the bay and into Eureka this afternoon, after a vegetation fire broke out on the peninsula between the Samoa Bridge and the Samoa Cookhouse.

No structures are currently threatened by the fire, which is estimated at about 100 feet by 100 feet in size and surrounded by roads and the water. Arcata Fire, Humboldt Bay Fire and the Samoa Peninsula Fire District have responded and are setting up perimeters. Other agencies are scrambling around attempting to cover for the units at the scene.

The Outpost’s Andrew Goff is at the scene. “Just-In” of the Outpost’s “Scanner Traffic Indicates” sub-page is following the chatter on the radio. We’ll update when we know more. 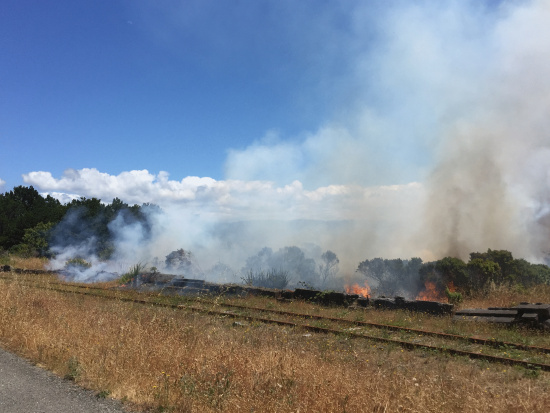 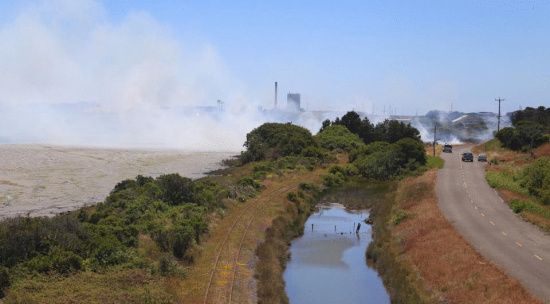