« EPIC, Others Prepare to Sue Feds Over Failure to Protect Pacific Fisher 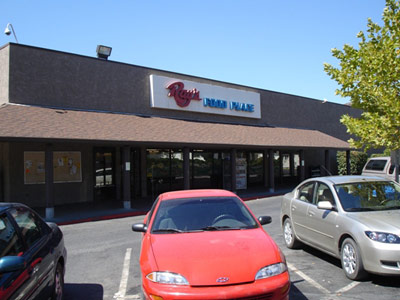 Several parts of the Ray’s Food Place store in Hoopa — including the deli, the bakery and the meat department — were ordered closed this weekend, following the discovery of a massive rat infestation that left the store littered with feces and reeking with rat urine, according to local investigators.

On his Facebook page, Hoopa Valley Tribal Chairperson Ryan Jackson advised locals to stop shopping at the store — Hoopa’s only supermarket — until “the situation has been adequately investigated and addressed.”

It’s unknown how long rats have been a problem at the store, but the Humboldt County Environmental Health Services program received at least a couple of different complaints last week. These were summarized in “complaint investigation forms” filled out prior to an inspection the program conducted at the store Thursday. According to one complaint:

RP [responding party] called to report that there is a very large rat infestation at the complaint location. There are droppings throughout the store, and the smell of urine is everywhere inside, products have been gnawed at especially in the bread section. RP has spoken with the store manager with no effect.

When investigators finally arrived Thursday morning, the conditions they documented were even worse than that. They found rat feces, urine, hair and tracks “throughout the store.” According to their report, meat department trays and deli to-go containers had been chewed through and contaminated with rodent feces and “oils.” The rats had attacked not only the bread aisle, but the chips as well. They had torn insulation from the walls. Investigators noted a “very heavy odor of rat feces and urine” throughout. The also noted that water was leaking from the roof onto the produce department.

Environmental Health ordered Ray’s to immediately close several parts of the store and immediately take a number of steps to remediate the problems they discovered. The rest of the store could remain open, they said, but would unless everything was fixed by Wednesday the store would be closed completely.

These reports went through channels and wound up in the hand of the hands of the federal Indian Health Services office in Redding, which technically has jurisdiction over health violations of this kind on Hoopa Valley tribal land. The Indian Health Services office affirmed all of Humboldt County’s demands, and promised to take over inspections and enforcement at the store.

Chairperson Ryan Jackson posted these documents and more in a strongly worded post Facebook page Saturday, where he also called on people to cease shopping at the store for the time being. He also said that the tribe would quickly explore the possibility of opening an emergency grocery store on a temporary basis.

The nearest grocery store to the Hoopa is the Willow Creek’s Ray’s Food Place, some 11 miles and 20 minutes down Highway 96.

Earlier this morning, a representative of Ray’s corporate parent — C & K Markets, out of Medford — promised that they’d send us a press release on this subject earlier this afternoon. We’ll update this post with that if/when we receive it.

Chairperson Jackson’s message to the community is posted below: