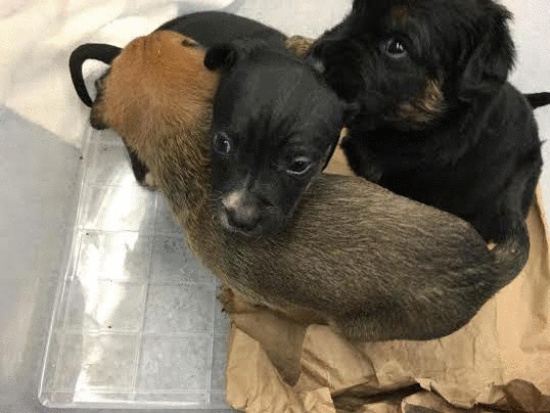 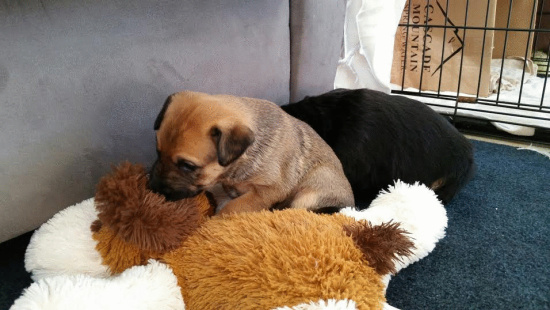 The Eureka Police Department rescued a litter of puppies abandoned by the McDonald’s dumpster near the Bayshore Mall on Saturday.

Eureka Animal Control Officer Celeste Villarreal told the Outpost that three 5 - to 7-week-old puppies were found in poor condition in a box near the dumpster.

“They were covered in fleas and waste,” Villarreal said. “The puppies were found in a plastic container with white synthetic cloth in the bottom. The cloth was saturated with feces and urine. There was also quite a bit of liquid in the bottom of the container. They had no food, no water and were in direct sunlight on a warm day.”

Villarreal took the puppies home and cared for them until they could be taken to the Humboldt County Animal Shelter on Monday.

The three pups are likely from the same littler, but appear to be of varying breeds. One is a black-and-tan Rottweiler mix, another is a sable German shepherd mix, and another is a black-and-white pit bull-terrier mix. Although the puppies appear to have different breed distinctions, Villarreal said they are very likely from the same litter because female dog can be impregnated by multiple males at the same time.

“They way dog biology works is they ovulate for several weeks, so they can be impregnated by multiple males,” Villarreal said. “So they’ll all be born at the same time but they’ll share different fathers.”

The pups are reported to be in good condition, and should be up for adoption as soon as they are old enough. 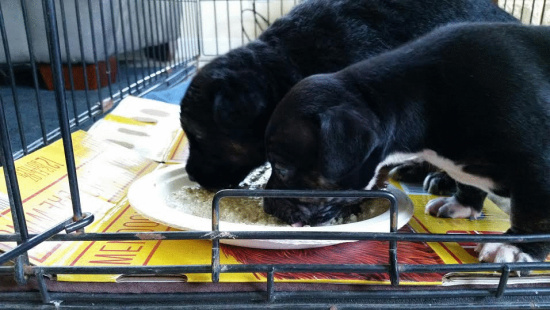 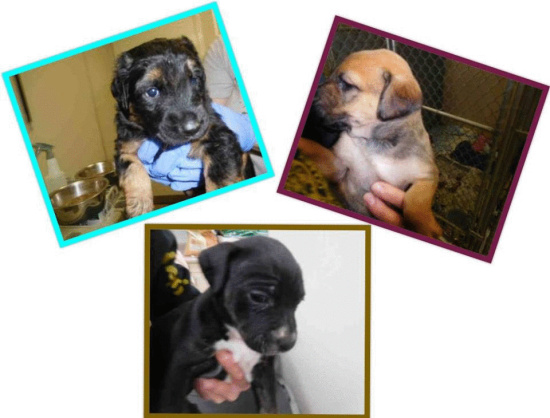