« #TBT: The Dude Responsible for the Biggest Humboldt Bust of the Nineties Just Got Arrested Again in Santa Rosa

Relying on Each Other: Yurok Tribe Responds to Youth Suicide Crisis »

Own a Piece of Eureka’s Skeevy History: The Schooner Saloon Hosts Liquidation Sale to Clear Way for New Bar 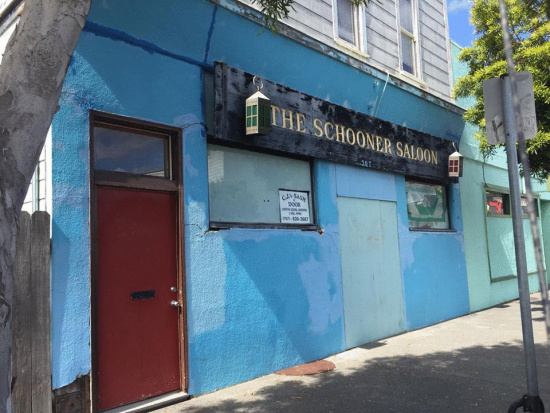 Even in its heyday, The Schooner Saloon at 207 Third Street in Eureka was never a high-class joint. Known for its dim lighting, topless “exotic” dancers and cheap drinks, The Schooner was the dive-iest of dive bars, a place where you could throw back a few whiskey sours without talking much with the folks slumped on the surrounding barstools.

Well now, if you’re so inclined and have a few spare bucks, you can own some of those very barstools, or maybe some plumbing fixtures, a beer cooler or even the massive three-by-20-foot hand-carved wooden sign that hangs out front.

Friday and Saturday, a liquidation sale will be held in the fenced lot next to The Schooner, on the corner of Third and C streets in Old Town Eureka. The flyer advertising the sale is half-filled with a photocopied image of an old flyer for the bar back when it was in business, giving you a flavor of the place: 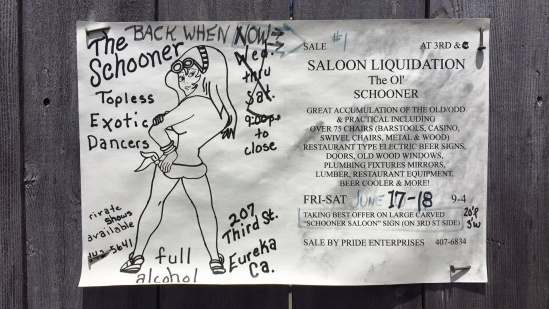 The building’s new owner, Charles A. Carlson, took over the property in 2012, a coupe years after The Schooner went out of business, and he’s been busy renovating the interior. He plans to open a new watering hole on the premises in about six months, though he joked that he’s been giving that six-month estimate for the past two years.

He plans to call the place The North of Fourth and said the ambiance will reflect our local environment. “And we want to specialize in handmade, traditional music,” he said. In other words, live bands will replace the exotic dancers of yore.

Ray Hillman, a history buff and owner of Pride Enterprises, is managing the liquidation sale, and during a brief walk-through of the bar this afternoon he pointed to a piece of paper taped to the wall. It featured a timeline of the property at 207 Third Street, which has been a bar, off-and-on, for at least 100 years. Called the Aug Johnson Saloon in 1916, the place hosted several taverns and alehouses before becoming The Schooner Saloon in 1975.

Hillman said this weekend’s sale will feature a wide variety of items pulled from inside the bar, plus odds and ends that he’s bringing in just to increase the available merchandise. As for the big wooden sign, he’s looking for the highest bidder, and so far he’s gotten only one bid, for $20. 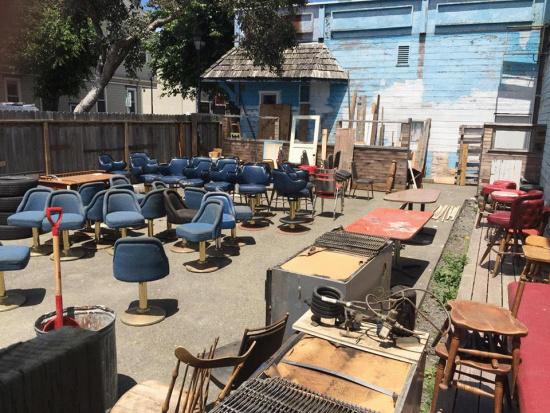