There are still many votes in the Humboldt County Elections office — provisional ballots, vote-by-mail ballots that arrived late — but it was a blowout in each supervisorial race, as you see in the election night final report, below.

Around the state: Congressman Jared Huffman faces Republican Dale Mensing in the November runoff. It’ll be Kamala Harris versus Loretta Sanchez in November — the first time ever two Democrats have squared off in the general election. Del Norte Supervisor Martha McClure lost her race for reelection, and with it her place as the local representative on the California Coastal Commission.

Thanks for hanging out with LoCO on election night!

“It was important that an open seat does not go uncontested.”

The early returns are in from Del Norte County, and Supervisor/Coastal Commissioner Martha McClure — lead villain in the recent fracas around the California Coastal Commision — ain’t doing so good. 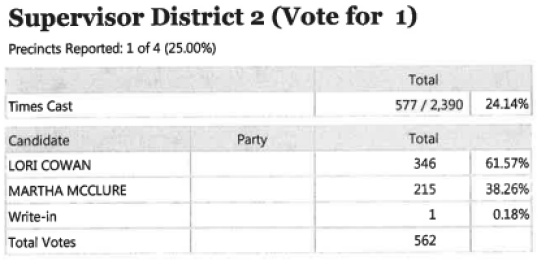 Follow the Del Norte County vote here, if you are so inclined.

With just over 16 percent of statewide precincts reporting, here is your Hillary Clinton v. Bernie Sanders map, courtesy of the Secretary of State’s office. Yellow is white Sanders, blue is Hillary: 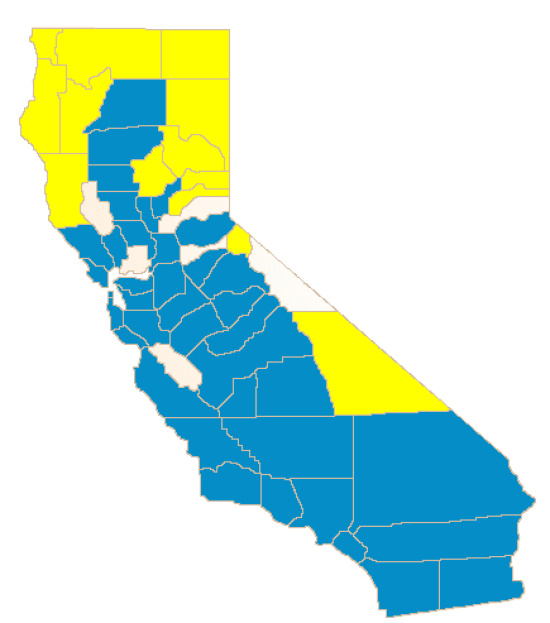 Also at the SoS: Shaping up to be a runoff between Kamala Harris and Loretta Sanchez for U.S. Senate. Incumbent Second District Congressman Jared Huffman will probably face Humboldt’s own Dale Mensing in the fall (though look out for up-and-comer Erin Schrode) and Jim Wood has 100 percent of the vote.

Supervisor Reelect Estelle Fennell spoke with KHUM’s Bayley Brown shortly after getting the news that she was nearly 80-20 above her opponent, Bud Rogers, in the first report. Audio below: 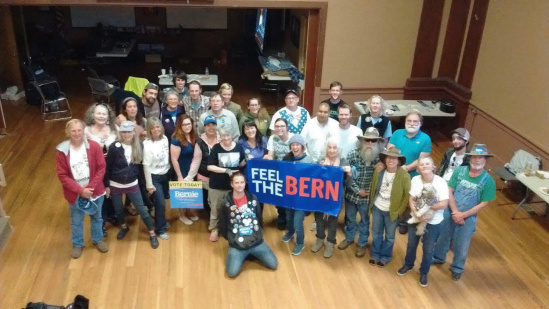 The Outpost’s Ryan Burns is down at the Labor Temple in Eureka, where Humboldters for Bernie have gathered it.

Cars with Bernie bumper stickers are lining E Street in front of the Labor Temple in Eureka. Inside, a couple dozen hard-core Bernie supporters are gathered eating pizza and watching the Young Turks on a big screen TV.

Local Bernie organizer Sequoyah Faulk said that he and others have been working for about four hours a week canvassing and phone banking for the past four or five months. “I can tell you that Humboldt County is very for Bernie territory,” he says.

The funniest thing about running the local Bernie campaign, he said, is that the majority of Hillary supporters won’t admit it. “It almost feels like they are ashamed of it.” 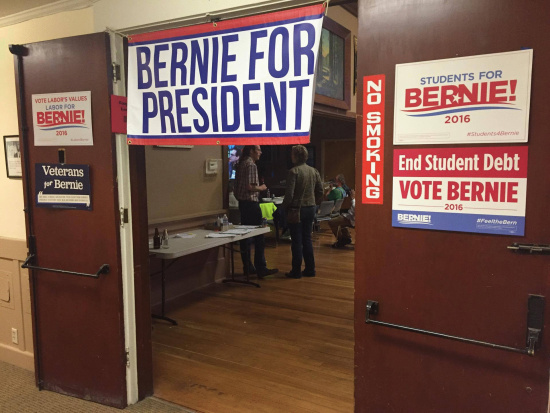 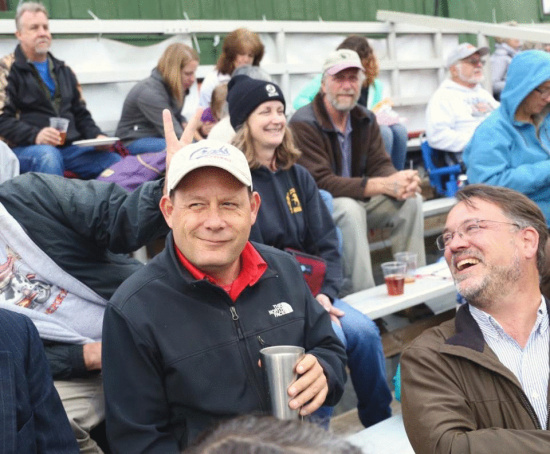 Candidate and now supervisor-elect Mike Wilson is kicking off the evening at Crab Stadium, where the hometown team is down 5-1 but he is way, way up.

He spoke to the Outpost’s Andrew Goff upon hearing the first results. Audio below:

See below. Huge leads for Mike Wilson and Estelle Fennell in their races for Humboldt County Supervisor.

This first report represents early vote-by-mail voters in the county — the most conservative leaning voting block, and one of the largest. Wilson and Fennell have won their races.

Will the Bern vote climb? In all probability: Yes. Humboldt County is going to go big for Bernie.

The Outpost’s Andrew Goff, traveling in a car right now, sends desperate word that he needs to be on-record as not in agreement with some of the sentiments expressed below.

With her big victory in New Jersey tonight, Hillary says that she’s won the whole shebang. She gave a victory speech tonight, and invited Sanders supporters into her fold.

The New York Times‘ nifty election-tracker shows Sanders with a strong lead in North Dakota, but currently trailing everywhere else in tonight’s races — including South Dakota, which is less white. Clinton leads in S.D., Montana and New Mexico, at least in early vote-counts.

Hi there! Welcome to LoCO coverage of your June 7, 2016 primary results, as they happen! California votes today! Humboldt County is a part of California! 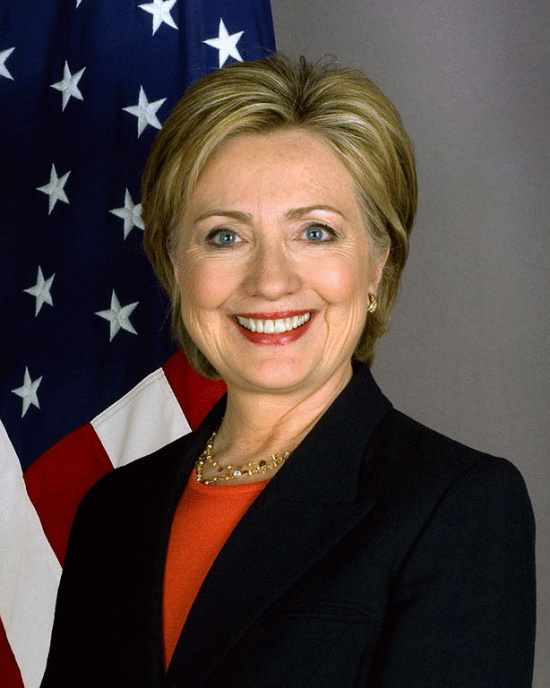 Hillary or Bern — who’s it gonna be? Your Lost Coast Outpost editor (me) voted for Hillary. Why? A lot of reasons, but the main one is that it seems like she understands the job she’s running for. Bernie offers to spread magic pixie dust all across the Big Rock Candy Mountain, to personally throw all the bad guys in jail and rewrite all the lax regulations and make college free of charge for all and to usher in a new dawn. Sounds great, doesn’t it? Of course it does, you daft suckers.

Hillary seems like she understands that the presidency is a shit job like any other, and mostly you just gotta knuckle down and get through it. I appreciate that standpoint. But you say: I don’t like her! And I say — so what! I don’t like her either! No one likes her! Who cares? At least she won’t crumble to pieces when a billion people start screaming contradictory things in her ear. I trust her to make the least shitty decision that is also practical.

If you haven’t voted yet, get down to the polls NOW. They close in half an hour! Then stay tuned to this page, folks! We’ll be updating with live election results courtesy the LoCOBot, pics from local election parties and so much more!